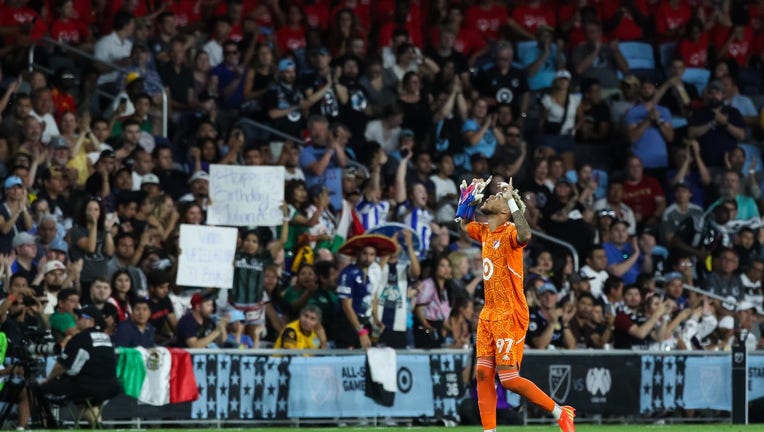 MINNEAPOLIS - It was a big night for Minnesota United and Allianz Field as Adrian Heath, Dayne St. Clair and Emanuel Reynoso represented the Loons among the best soccer players in the world in Major League Soccer’s All-Star Game.

A sellout crowd of nearly 20,000 took in the first All-Star Game at Allianz Field, and it didn’t disappoint. The MLS All-Stars beat their rivals from La Liga MX 2-1, and St. Clair was named the game’s MVP. He entered the game in the 31st minute and in the 43rd minute, St. Clair was called upon to make a diving save on a penalty kick.

St. Clair finished the night with four saves. He started the season as the back-up to Tyler Miller, then got the starting job after Miller went down sick before the third game of the season. St. Clair has started every game since. He has four clean sheets so far this season.

Last month, Heath selected St. Clair and Reynoso as two of his 12 picks.

"I was definitely surprised. So many good players here on our team and their team. Normally it's the guys who contribute to the goals who get the award. I'm definitely happy to be awarded with it," St. Clair said. "To have a performance like this in front of the fans that support us every week has been a true honor."

Allianz Field has been a destination to take in some of the best soccer in the world since the facility opened in April 2019. A crowd of more than 19,700 took an in absolutely perfect night to be outside.

"I knew the people would turn out. It shows how far we've come in six years," Heath said.

Minnesota United resumes MLS play Sunday at Nashville. The Loons just had a seven-match point streak end, and are fourth in the Western Conference at 35 points.