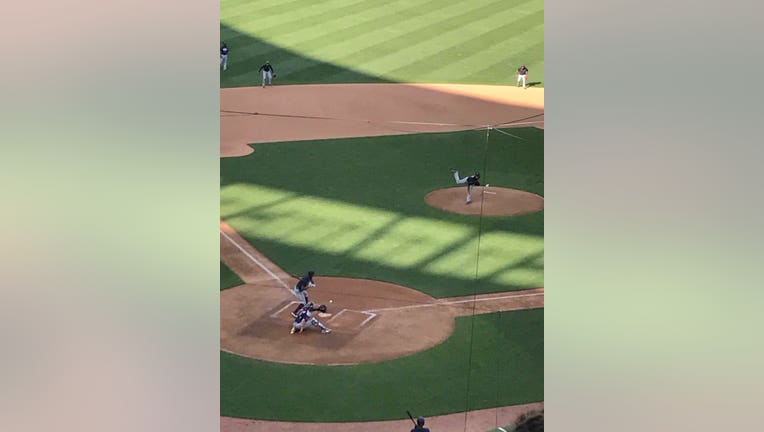 MINNEAPOLIS - It was one inter squad game and ultimately will have no bearing on how the season goes, but the Minnesota Twins felt one step closer to actual baseball Wednesday night at Target Field.

The Twins big leaguers wore their uniforms, they practiced social distancing from the first and third base dugouts and played up to six innings under the sun. After more than three months without anything close to game-like conditions due to the Covid-19 pandemic, it was good to see it feel more real for one night.

“Just being able to get back out on the field, putting baseball pants on, making it a place where the guys can just go out and enjoy themselves and have fun and just worry about playing baseball in a normal atmosphere. That’s helpful and positive,” Twins manager Rocco Baldelli said Wednesday night.

Berrios looks to be ready to take the mound July 24 in Chicago when the Twins face the White Sox on Opening Day.

“His stuff was up exactly where you would want it. He commanded his pitches well, one of those productive outings,” Baldelli said. “I would call it a very productive day for him. He did everything he wanted.”

The offense included a pair of hits from Eddie Rosario, Byron Buxton hitting a double to left off Berrios and Josh Donaldson and Nelson Cruz each beating shifts with singles to right. Buxton just became a father for the second time and had his first workout on Tuesday.

“Seeing Buck back out there put a good swing on the ball, basically right off the plane, was very fun to see him go out there and do that,” Baldelli said.

They even used a robot umpire to call balls and strikes, with scout Colby Suggs relaying the calls to the field. It wasn’t as accurate as they would’ve hoped.

Twins scouting analyst Frankie Padulo provided a body in left field, and he made a catch that had players applauding. The story of how he got there was even better. Baldelli says he hollered to Dustin Morse, the Twins’ head of communications and public relations, about playing in left field.

Morse didn’t know it was a joke.

“I actually yelled down the dugout to Dustin Morse and I could actually, physically, I could hear his heart beating as I was asking him the question. He responded with a lot of words in not very much time. I think he was a little worked up and then I told him I’m just kidding, we’re going to get Frankie out there,” Baldelli joked.

It will start to feel even more real for the Twins with another intra squad game on Thursday night. The team plans to stream it online, so fans can tune in and get their first look. Jake Odorizzi and Lewis Thorpe will each pitch three innings, with Taylor Rogers and Sergio Romo also getting one inning. The game will feature public address announcements, walk-up music and other game elements.