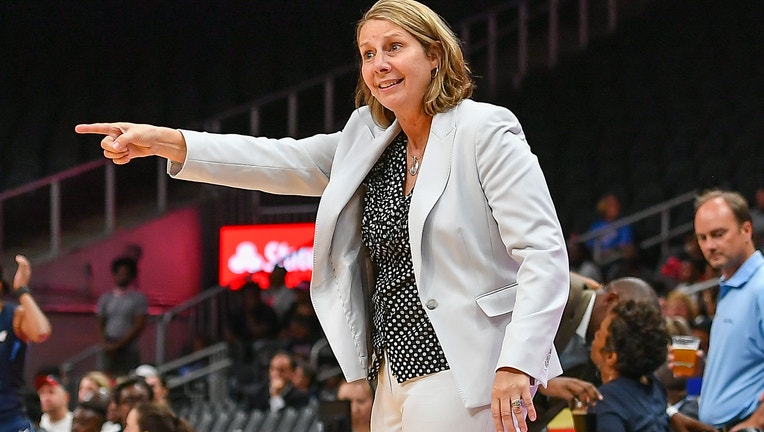 MINNEAPOLIS - The Minnesota Lynx learned Monday that there will be basketball in 2020, but they won’t be playing in Minneapolis.

The WNBA announced its intentions to play a 22-game regular season and have a traditional playoff format, with games starting in late July. The Lynx and other WNBA teams will head to IMG Academy in Bradenton, Fla., in early July as the facility will serve as a site for training camp, all games and housing teams.

The WNBA was supposed to begin play in the middle of May, but delayed the start of the season due to concerns over the Coronavirus pandemic.

“We are excited to learn more details on the footprint of the 2020 WNBA season and look forward to getting started. Though we will soon be starting the WNBA season, our team is committed to continuing the conversation around the racial injustice issues that permeate our society. It is important that we use our voices to amplify the inequities that black and brown people face every day and we will work tirelessly to address these issues, particularly, issues pertaining to police brutality, especially in Minneapolis,” Chery Reeve, Lynx head coach and general manager, said in a statement.

The WNBA’s plan, with agreement from IMG Academy, is to have all 12 teams report to Florida in early July for training camp, and games starting by the end of the month. All games will be played without fans due to the Covid-19 pandemic. ESPN, CBS Sports Network and NBA TV will serve as the broadcast partners for the WNBA season.

The WNBA is also including a platform, led by players, to support efforts to fight racism and social injustice in the wake of the death of George Floyd in Minneapolis. One of the league’s initiatives includes donating sales from the “Bigger than Ball” women’s empowerment merchandise to the Equal Justice Initiative.

League officials say game dates and times will be announced at a later date.