And in honor of the title, the #FOXFanBracket billboard commemorating the "Bills Mafia" has officially arrived in Foxborough, Massachusetts, home of Buffalo’s AFC East rivals. 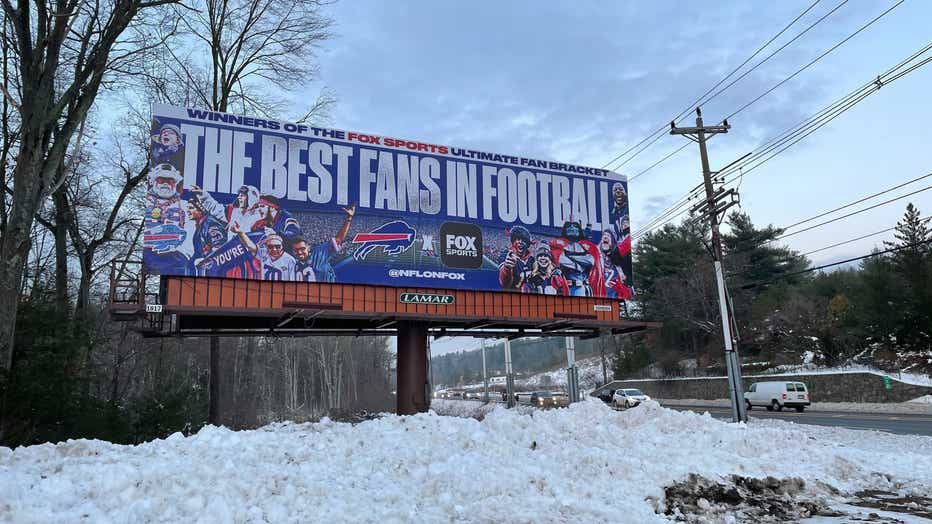 A FOX Sports billboard honoring Bills fans as “the best fans in football” went up in Patriots territory just a day after the team clinched their first AFC East title since 1995. (FOX Sports.)

Fans can now finally get a firsthand look at the long-awaited billboard, which was posted roughly 3 miles from the Patriots’ Gillette Stadium on Dec. 21.

The billboard will also be low enough for fans to take photographs with over the next two weeks.

The timing is somewhat of a rallying cry for the Bills, who face off against the Patriots Dec. 28. However, it’s also a little salt to the wound of the Patriots’ previous two losses against Miami Dec. 20 and Los Angeles on Dec. 10.

The billboard also comes as the Bills clinched their first AFC East title since 1995, a further dig to New England, a team that has dominated the division for the past two decades.

The Patriots were eliminated from contention for the title in Week 14 since losing longtime quarterback Tom Brady.