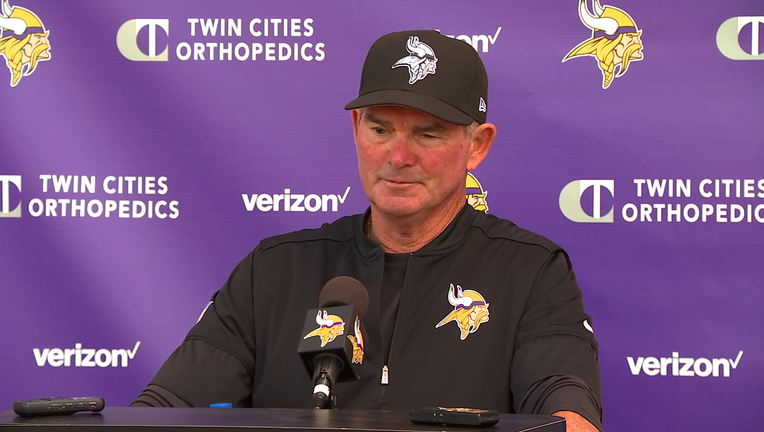 Officials with "The 33rd Team," an app that provides football insider content as well as insights and analysis from former general managers, coaches and players, announced Tuesday that Zimmer is joining their team. Zimmer, 66, spent eight seasons as the Vikings’ head coach and was fired after Minnesota went 8-9 in 2021, and missed the NFC Playoffs for the second straight year.

Zimmer went 72-56-1 in eight seasons with the Vikings, and won two playoff games.

It’s not clear what specific role Zimmer will have with "The 33rd Team," but it’s likely in an analyst role as he has decades of NFL coaching experience. Zimmer, who hasn’t spoken publicly since his dismissal from Minnesota, was spotted as recently as Sunday at Cincinnati Bengals training camp. His son, former Vikings co-defensive coordinator Adam Zimmer, is now an offensive consultant with the Bengals.

Mike Zimmer joins a team that includes his mentor and former long-time coach Bill Parcells, Hall of Fame coach Bill Cowher, former Vikings quarterback Brett Favre, Rich Gannon and one of Zimmer’s former colleagues in Rick Spielman, who was fired as Vikings’ general manager along with Zimmer after last season.