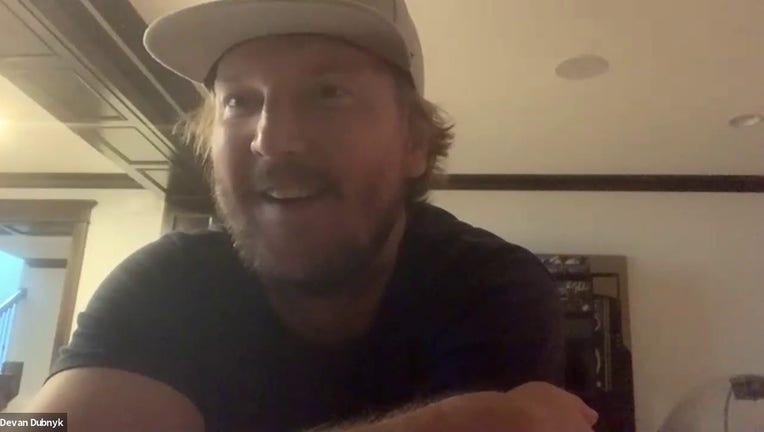 Wild goalie Devan Dubnyk talked Thursday about getting on the ice at TRIA Rink in St. Paul for the first time in more than three months.

MINNEAPOLIS - The possibility of resuming the NHL season became a little more real for Devan Dubnyk on Wednesday. For the first time in more than three months, he actually got to go on the ice at TRIA Rink in downtown St. Paul and face live pucks.

The Minnesota Wild opened their practice facility this week for small-group training sessions. They’re getting one step closer to hockey being back, with the hope of training camp starting up by July 10.

The possibility of resuming the NHL season became a little more real for Devan Dubnyk on Wednesday.

It comes with strict protocols as the NHL suspended its season on March 11 due to the Coronavirus pandemic, with the Wild being one point out of a playoff spot with 13 regular season games remaining. But getting back into the practice facility can be a very encouraging sign for any athlete.

To get there, Dubnyk had to go through a Covid-19 protocol process and medical evaluation. He says he parked in his normal spot at TRIA Rink, put on his mask and entered the facility.

He immediately had a Covid-19 test done Monday, as well as a medical pre-training evaluation. His tests cleared, and it was time to get to work on Wednesday. It started with a presentation from the team’s head therapist on protocols moving forward. It was then time to get in a workout for an hour, head to a dressing room to get gear on and finally, get on the ice.

The Wild is allowed to have small-group training sessions of up to 12 at a tie. He was one of two goalies and six total skaters in his session on Wednesday. He’ll be going three days a week until they get cleared for more team activity.

As practices ramp up and it gets closer to training camp, Dubnyk says he’s not concerned about being ready to play. Though they don’t have an official date for a return yet. All they know is that they’ll be in a best-of-five qualifying series against the Vancouver Canucks. He says three weeks of practices should be plenty.

“I think practicing six times a week for three weeks is going to be more than enough shots coming my way to feel the puck and to know what I need to be doing. There’s nothing that can replicate a game situation other than a game, so you just get as sharp as you can in practice and get ready to go when it’s game time,” Dubnyk said.

It’s Dubnyk’s hope and goal that he gets the call to be on the ice for Dean Evason for Game 1 against the Canucks. It’s been a trying season for Dubnyk, who had to step away from the team to address a health scare with his wife.

In 30 games this season, he was 12-15-2 with a 3.35 goals against average and a .890 save percentage. Those numbers are lower than the standard he holds himself to.

“I’m the same person, I’m the same goalie, it was a difficult year for many, many reasons on and off the ice. That happens sometimes, every year that you have isn’t going to be a career year,” Dubnyk said. “It’s not like I forgot how to stop the puck or forgot how to play, same thing as any bumps in the past. You believe in yourself and know that it’ll get back to the way it should be.”

In his absence, Alex Stalock stood tall with a 20-11-4 record in 38 games. He had a 2.67 goals against average, a .910 save percentage and four shutouts. It was enough for Stalock to be nominated for the Bill Masterton Memorial Trophy.

It’s likely that Dubnyk will have to compete for the No. 1 spot when training camp starts.

“I’m never going to be in a position where I’m just completely good with siting back and not playing. I always expect to play, I always expect to be the guy that they want in the net when the time comes. I’m certainly going to approach this the exact same way and just be prepared,” Dubnyk said. “Be ready to play if I’m called upon to play. If it’s Al, then cheer him on and be ready to go.”

There’s still a lot to work out between the NHL and the players’ association for play to resume. They’re trying to work out an extension of the collective bargaining agreement, finalize Covid-19 protocols, determine the two hub cities, figure out where they’re staying and how long they’ll be there. That, and if families can come.

Now that they’re getting back on the ice, there’s certainly a sense of urgency to make sure the NHL season resumes, even if it’s not the same. It’s a new normal, and that’s just the reality.

“July 10 seems a little quick for what needs to be done between then and now. There’s two weeks to get something hammered out. It certainly feels like it’s going to happen,” Dubnyk said.