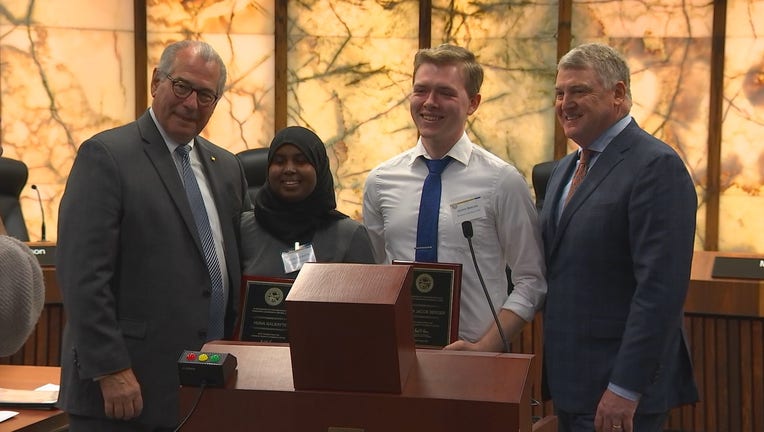 MINNEAPOLIS (FOX 9) - A veteran police negotiator and student activist were among the recipients of the Hennepin County Attorney’s Office 2019 Community Leadership Awards.

“It’s not really us getting the award,” says Austin Berger. “’It’s the people around the state.”

Two of them were student gun reform activists and the other was a Minneapolis Police Sergeant who literally talked someone off the ledge.

By far the youngest in the overflowing Hennepin county board room, 20-year-old Berger and 19-year-old Muna Galbayte were among those being recognized Wednesday.

Together, they worked tirelessly over the past two years to mobilize fellow students at the University of Minnesota, Eden Prairie High School and now Augsburg College. They testified in front of the state legislature trying to change Minnesota’s gun laws.

Freeman pointed out the accomplishments for the humble group of recipients range from people who have spent the past three years digitizing 8,000 boxes worth of prosecutors case files to lifelong public servents. 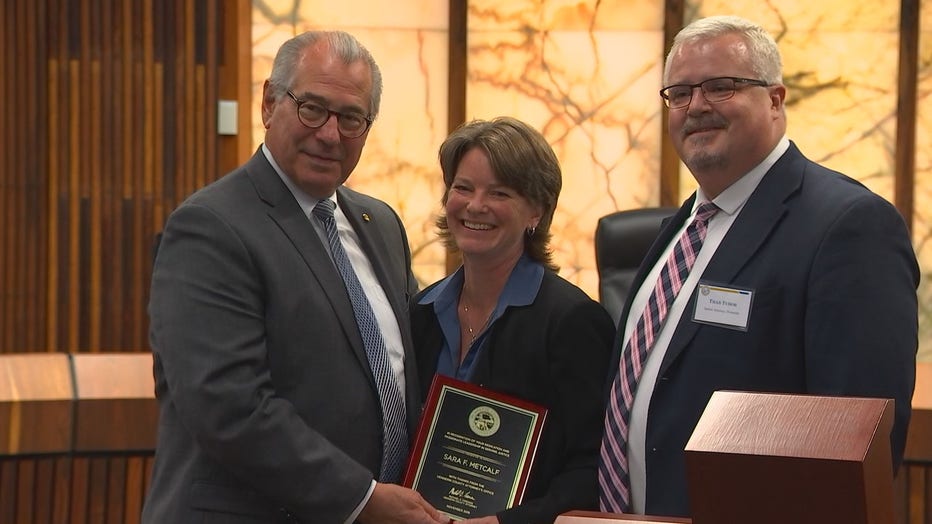 Minneapolis Police Sgt. Sara Metcalf was awarded not only for her reputation as an excellent interrogator of gang members suspected in crimes, but also for dangling from a harness over the Mississippi River in order to talk a woman out of committing suicide.

“We talk to people, this was like any other time,” says Sgt. Metcalf. “People want to be heard and to have someone listen to them and in this case it was a great outcome. It affects us, just like it does any other human being. You think about it for a long time.”

In front of family, friends and colleagues, Wednesday's celebration applauded this group's positive changes to their communities.

“It feels a little strange,” says Galbayte ”I genuinely feel it’s my civic duty to be fighting for things that mean so much to me. To have people recognize that it makes me feel good, but it’s a little weird to me.”