Wild Mountain was busy making snow overnight so it can open for the first ski and snowboard day of the season on Tuesday.

TAYLORS FALLS, Minn. (FOX 9) - It is still October, but it is already ski season in Minnesota.

Wild Mountain Ski and Snowboard Area in Taylors Falls announced it is opening the bunny hill, a terrain park and both rope tows for skiing and snowboarding on Tuesday. It plans to add an intermediate run and a chairlift on Friday.

Wild Mountain tries to be the first ski area to open in Minnesota each year. Last year, they kept with their 40-year tradition and opened for the first time on Oct. 21. 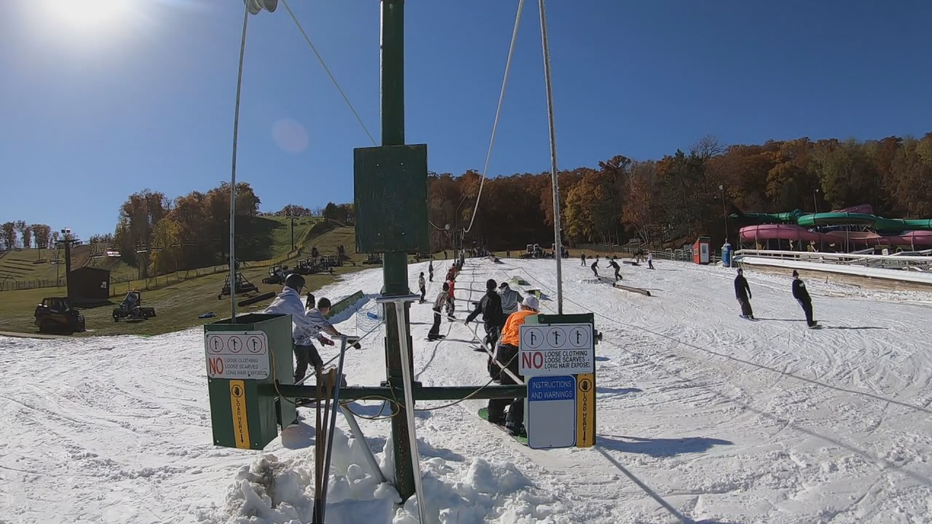 Wild Mountain Ski and Snowboard Area in Taylors Falls, Minnesota opened on October 21, 2018--the first ski area to open for the season in the state. (FOX 9)

The ski area will be open from Tuesday-Thursday from 3-8 p.m., Friday from 1-9 p.m. and Saturday and Sunday from 10 a.m.-5 p.m. as long as the weather allows them to keep making snow.