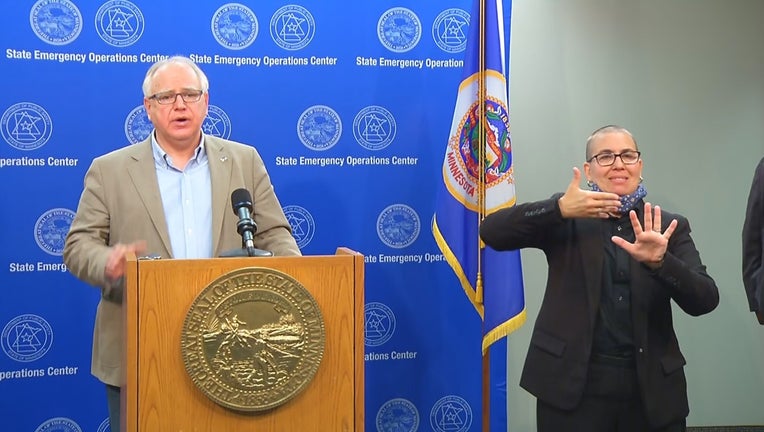 FOX 9 - Governor Tim Walz say he believes the other three Minneapolis police officers should be charged in connection to the death of George Floyd.

Derek Chauvin has already been charged with third-degree murder and second-murder manslaughter. Video showed Chauvin pressing his knee into Floyd's neck during the arrest until Floyd lost consciousness.

In a press conference held Sunday morning, Walz says he believes charges for the other officers are "warranted," but it will be up to the prosecutors to decide. As for whether additional charges will calm the unrest in the Twin Cities, Walz says no matter what, "that primal scream for justice and change is going to be there."

"I think it would start to move us forward," he said. "I think it would be naïve to believe it would stop some of this, just by that because the folks who are doing a lot of [fire starting] aren’t interested in the prosecutions, but there are a large number that are."

Sunday marks the sixth day of protests in the Twin Cities metro area. While many rallies have been peaceful, other demonstrations turned violent, leading to the destruction of buildings, including the Minneapolis Police Department's Third Precinct.