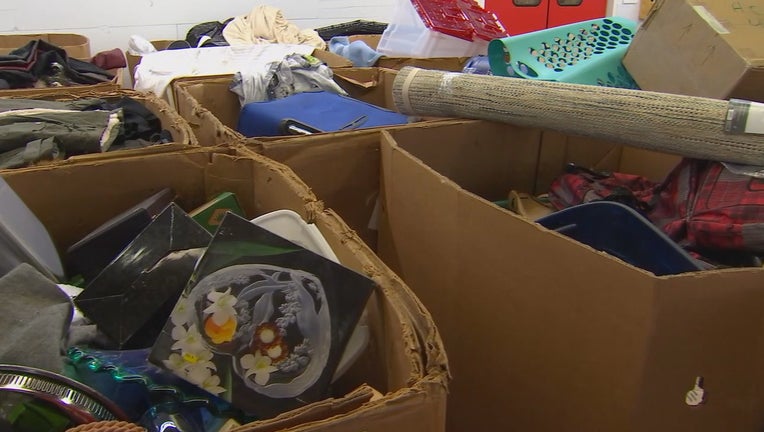 Salvation Army stores are seeing a historic amount of donations.

BLAINE, Minn. (FOX 9) - A historic number of donations are coming into Twin Cities metro Salvation Army stores as people clean out and organize their homes during the stay-at-home order.

Josh Hagberg, the director of operations at the Salvation Army Adult Rehabilitation Center, says they are receiving more than double the amount of donations than usual.

A historic number of donations are coming into Twin Cities metro Salvation Army stores as people clean out and organize their homes during the stay-at-home order.

"Its historical numbers for us. We've never seen anything like it," said Hagberg. “I think people have been home and they’ve just, you know you get a little bored and they’ve decided to clean out their closets."

The stuff that’s showing up is far from junk.

There’s more where that came from. The Salvation Army has at least 45 tractor trailers sitting in secure parking lots across the metro full of stuff waiting to be sorted. Friday, they’ll start to sell it all as they re-open their metro-area stores for the first time in two months.

“We sell the goods to fund the Salvation Army Rehab Center, so we need those funds to keep doing what we do in the community,” said Hagberg.

The stores have implemented additional safety measures to keep employees and shoppers safe. In addition, all items donated sit for at least 72 hours before being sorted and put out on the floor.

The Salvation Army metro stores open at 10 a.m. on Friday. The exception is the organization's new Blaine store, which opens May 30.