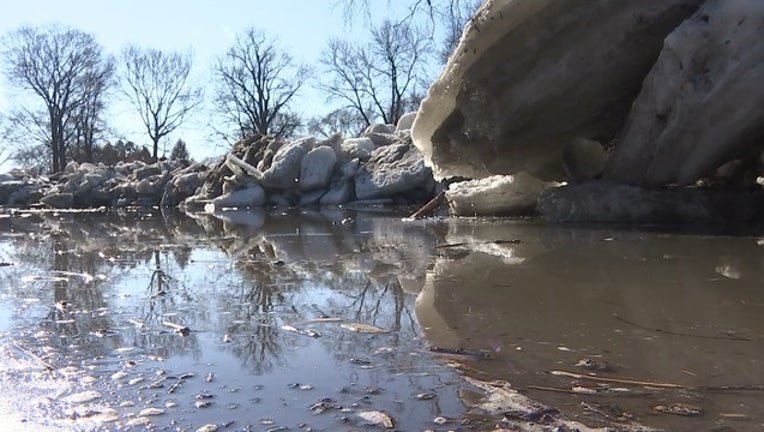 CLIMAX, Minn. (FOX 9) - A teen escaped a scary situation Wednesday after they drove around a barrier and onto a road that was closed due to flooding. The car quickly became submerged in water.

According to the Polk County Sheriff's Office, authorities received a report of a car submerged in water near the intersection of 390th Street SW and 350th Avenue SW near the city of Climax, Minnesota. Both roads were closed due to flooding.

Officials say that as the driver continued through the water, the car was quickly swept away. The driver got out of the car and stood on the roof as it sank, then climbed a nearby tree and was rescued by friends. The teen did not sustain any injuries.

The vehicle is still currently in the water and will be removed once the floodwaters recede.

Authorities are using this opportunity to remind the public to obey all signs and road closures.

"There are still multiple roads under water. The water is moving swiftly in many areas causing damage to roads. If you see water on a road do not drive through it. It is unknown how deep the water may be in certain locations. Turn around and find another route. It may take longer, but it is not worth risking your life," the sheriff's office wrote.