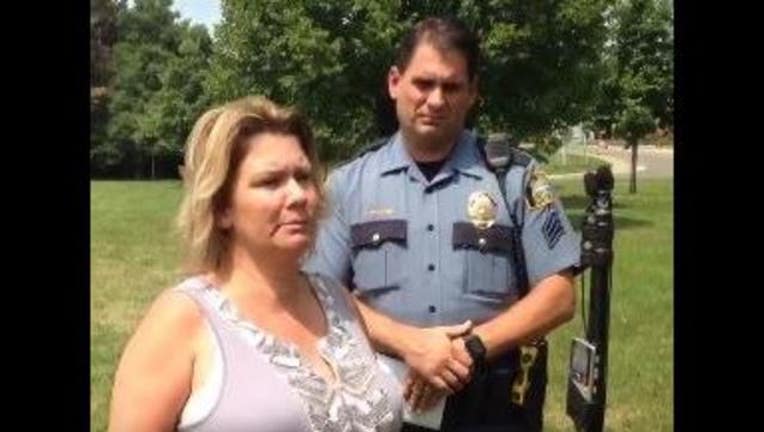 Kelly Brown-Rozowski's brother took his life in Indian Mounds Park Tuesday morning, though she had to correct misconceptions about the incident after photos circulated on social media featuring various rumors. Photo Courtesy of St. Paul PD

ST. PAUL, Minn. (KMSP) - The Ramsey County Medical Examiner has ruled the cause of death of a man found hanging from a tree at Indian Mounds Park in St. Paul a suicide, police confirmed Tuesday morning.

“So this is what the f--- i wake up to this morning!!! …I know St. Paul Police didn't want me to take this picture but f--- them! This probably won't make the news! The same park that my siblings have played at plenty of times...we ride pass the park around 6am and witness a brother hanging dead from a tree! This is just a few blocks from where my auntie live I was just at this damn park two nights ago! This so damn foul!! I'm so fed up with this s---! They still killing us and we still killing each other! #MakeGoViral”

Facebook commenters insisted the man's hands were bound and several people speculated it was a lynching of a black man. The medical examiner confirmed the victim was a 50-year-old, white man and that there was no trauma to the body and no evidence that the manner of death was anything other than suicide.

“Earlier today someone posted disturbing photos of a man hanging from a tree in Indian Mounds Park. The photos and comments have generated many questions--so we'd like to share what we know about the tragic case.

“Officers were dispatched to the park at about 5:40 morning after the man was found by a passerby on his way to work. Our officers located the man and called Saint Paul Fire medics to the scene. Sadly, there was nothing they could do.

“The Ramsey County medical examiner took possession of the man's body and has ruled the cause of death to be suicide. These types of cases are difficult for everyone -- people who loved the man, the community and our officers.”

St. Paul police have submitted a request to Facebook to remove the graphic images.