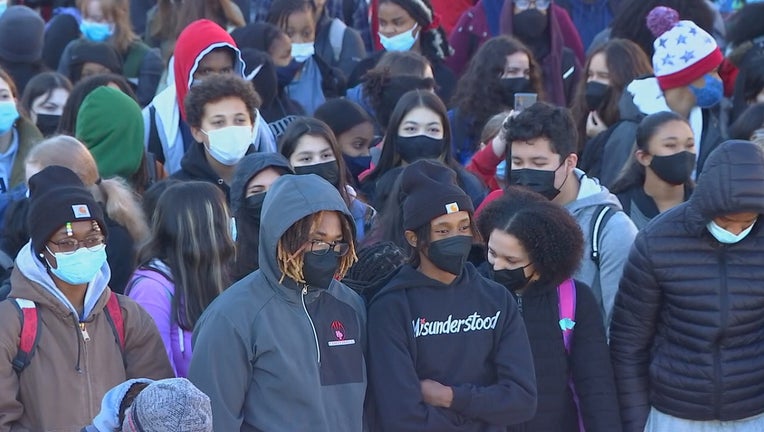 St. Paul students walked out of class in January over COVID-19 protocols and safety measures at schools. (FOX 9)

ST. PAUL, Minn. (FOX 9) - The St. Paul Board of Education voted down a resolution that would have allowed the district to drop its mask mandate.

St. Paul Board of Education members denied the resolution during Tuesday's meeting that would have made changes to its masking requirements. The changes would have allowed schools to drop mask mandates starting Monday for as long as COVID-19 cases remained low in Ramsey County.

During a discussion of the resolution, district leaders said they are continuing to see low cases within St. Paul Public Schools, with absences falling from about 5,000 students who were out due to COVID-19 or exposure to a case to now just 81 students who are out of class. District officials also pointed to other districts that had already pulled mandates and had not seen a spike in cases.

CORRECTION: An early version of this story incorrectly stated the measure to remove the mask mandate had passed.