At least one of three snow leopards living at the Louisville Zoo has tested positive for SARS-CoV-2, the virus that causes COVID-19 in humans. (Source: Louisville Zoo)

LOUISVILLE, Ky. - At least one of three snow leopards living at the Louisville Zoo has tested positive for SARS-CoV-2, the virus that causes COVID-19 in humans.

The zoo identified the virus-positive cat as a 5-year-old female named NeeCee. Zookeepers are awaiting test results for two others, Kimti and Meru.

All three leopards exhibited minor respiratory symptoms, including a dry cough or wheeze. Even so, the zoo stressed that the cats are not dealing with serious symptoms and are expected to recover.

“All three snow leopards are doing well with very mild symptoms, and the Zoo continues to monitor their health closely,” the zoo said in a news release. 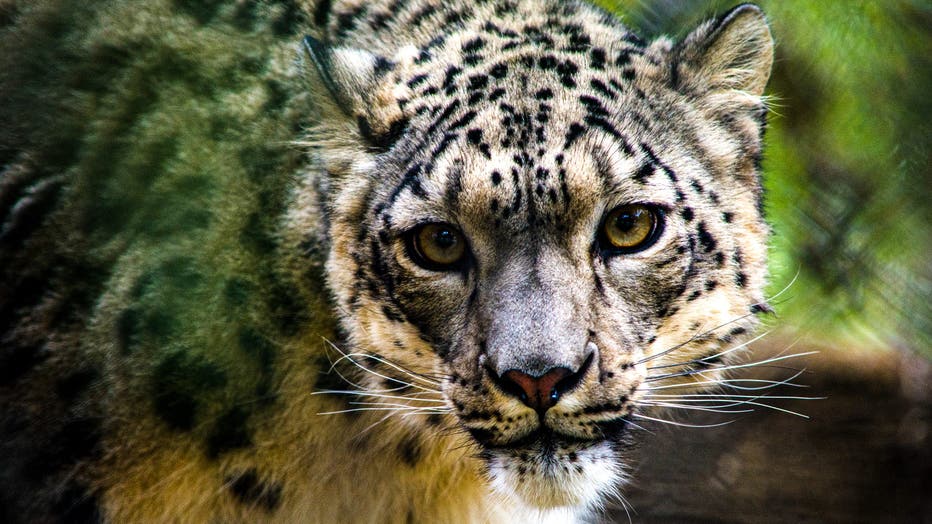 No other animals at the zoo are showing symptoms.

Officials will take the snow leopards off exhibit and continue sampling them until it is confirmed the virus has cleared.

According to National Geographic, this marks the sixth species to test positive for the virus, the others being a lion, tiger, mink, dog and cat.

Officials believe the snow leopards were possibly infected by an asymptomatic staff member, in spite of their pandemic protocols.

The zoo is not concerned with the animals passing the infection to employees or visitors, exacerbating the resent surge of the virus that had claimed more than 290,000 American lives.

The zoo has barriers to prevent any animal-to-human transmission. And COVID-19 remains a disease primarily transmitted human-to-human by inhaling respiratory droplets.

Jefferson County, Kentucky — where Louisville is located — has yielded more than 43,000 confirmed coronavirus cases, according to data collected by researchers at Johns Hopkins University.