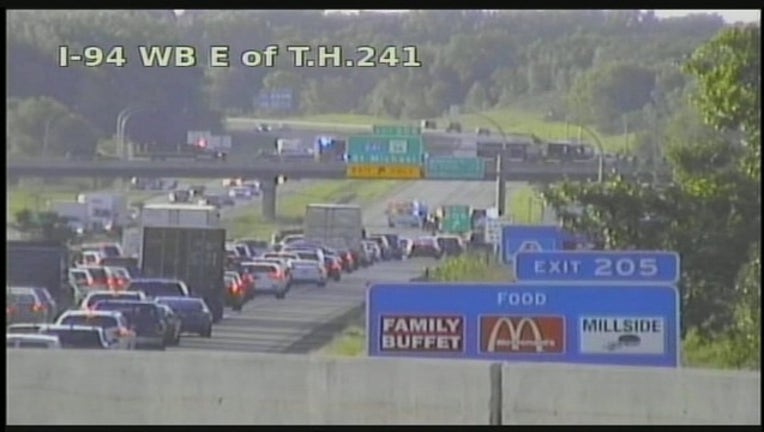 According to the State Patrol incident report, a Toyota Corolla headed west went off the road, hit the base of the bridge and rolled down the embankment along the road.

The 40-year-old Ostego, Minn. woman driving the vehicle received life-threatening injuries. Emergency crews took her to Hennepin County Medical Center. She was wearing a seat belt at the time of the crash. Alcohol is not believed to be a factor.

The interstate has since reopened. The incident backed up traffic in the area, causing a 55 minute delay at one point according to Google.