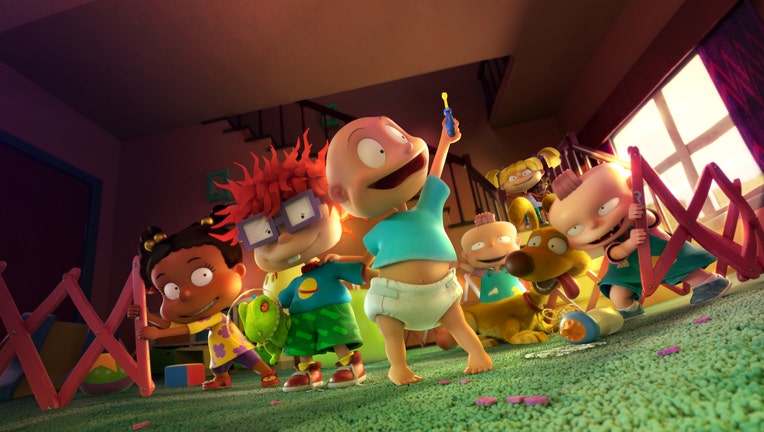 Adults who were born in the 90s, as well as children, are getting yet another reboot of a classic cartoon series, "Rugrats," Viacom announced Wednesday.

All of the original cast who voiced beloved characters like Tommy, Chuckie and Angelica will be reprising their roles to continue the "Rugrats’" adventures.

While the voices will be the same, the look of the new show is getting a modern flair with computer-generated illustrations.

"The brand-new series features rich and colorful CG-animation and follows the toddlers as they explore the world and beyond from their pint-sized and wildly imaginative point-of-view," a Viacom news release stated.

The "Rugrats" will premiere in the spring and will available to stream on ParamountPlus, which was previously CBS All Access.

"'Rugrats' is one of the most iconic cartoons recognized by fans around the globe, and this original version is one we are taking great care and pride in creating for a brand-new audience," said Ramsey Naito, President, Nickelodeon Animation. "Having the voice cast behind these special characters come together is one of the essential pieces to making the show recognizable and we can’t wait to watch this talented group bring them to life again."

The original "Rugrats" series ran from 1991 to 2004 for a total of nine seasons and 172 episodes. The beloved cartoon has earned four Emmy Awards and six Kid’s Choice Awards throughout its 13-year run.

ParamountPlus also announced that live-action versions of "The Fairly OddParents" and "Dora the Explorer" will debut on the network as well.