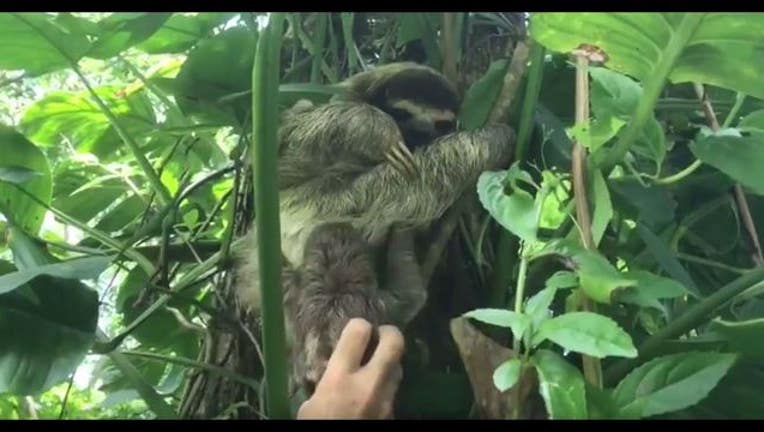 PUERTO VIEJO, Costa Rica (KTVU) - Rescuers were able to reunite a baby and mama sloth in Costa Rica by blasting an audio recording of the baby sloth crying.

When the mother heard the baby sloth crying, she came down from a tree, according to the Jaguar Rescue Center.

In a video posted by the Jaguar Rescue Center, the mother is climbing down from a tree as a rescuer places its baby on its back. The baby sloth eventually clings to its mother and snuggles up to her face.

Rescuers say they searched for two days along the beach before they were able to locate the mother.

It's unclear why the pair were separated in the first place.

The Jaguar Rescue Center is a clinic and nursery where animals are brought for care in hopes of being rehabilitated and released back to the jungle.

Learn more about the center here.