The NYPD is reportedly trying to match a teen's DNA to blood found at the scene of the crime and genetic material found on Majors' teeth after biting her attacker.

NEW YORK - Police are searching for more evidence in the stabbing death of Barnard College student Tessa Majors after a 14-year-old was brought in for questioning and was then released.

More than two weeks after a manhunt was launched, the teen was located Thursday in his Bronx apartment, according to sources. He was fingerprinted and swabbed for DNA.

Police believe the teen's family was hiding him while a mark on his hand- consistent with a bite- had healed, reported the NY Times.

"This was a significant development in the investigative process," NYPD Chief of Detectives Rodney Harrison said on Twitter. "Although he has since been released to the custody of his attorneys, the investigation remains very active. Our detectives are the best at what they do and are committed to finding justice for all parties involved."

The 14-year-old boy is one of three teens believed to be involved in the gruesome murder. Police tracked down the boy after taking the unusual step last Friday of releasing photographs of him but not his name or any other identifying information.

A police spokeswoman declined to answer questions about where and how the teen was located, referring back to Harrison's tweet and saying "the investigation remains active and ongoing."

After police brought the teen to the 26th Precinct station house, a crime scene unit showed up. Techs carried equipment in and left a short time later carrying what appeared to be an evidence bag.

Police took a teen suspect into custody in connection with the murder of Barnard student Tessa Majors. A few hours later, police released the teen into the custody of his lawyers. Reported by Arthur Chi'en

Majors, 18, was a first-year student at Barnard. She was walking in Morningside Park on Dec. 11 when several people confronted her, police said. One of them stabbed her, police said, but she managed to stagger up a flight of stairs in the park and then collapsed near West 116th Street and Morningside Drive.

Police have a 13-year-old in custody whom they say confessed to being involved in the incident. He is not accused of actually stabbing Majors but he is being held on felony murder and robbery charges. 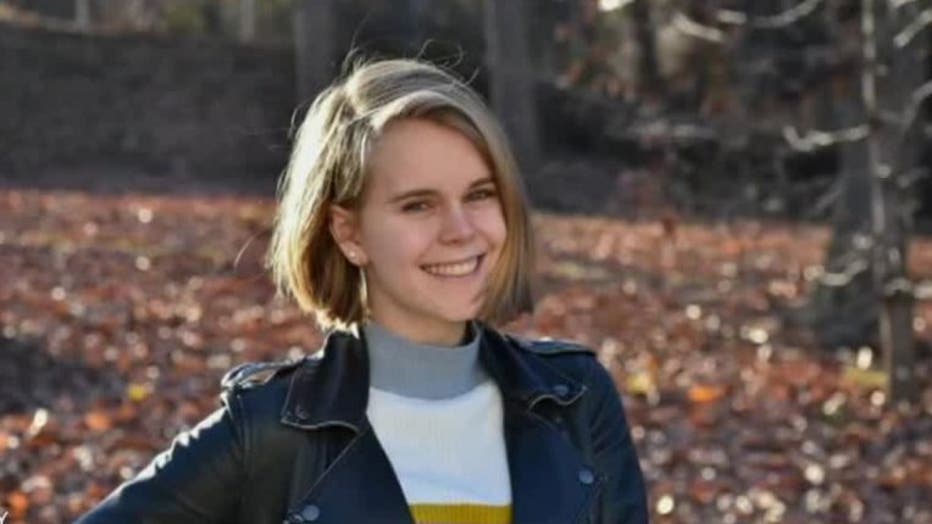