OXFORD, N.C. - A North Carolina sheriff was indicted Monday in connection with a plot to kill one of his deputies who claimed to have a recording of him using "racially offensive language."

Granville County Sheriff Brindell Wilkins faces two obstruction of justice charges following a 10-month investigation by the North Carolina State Bureau of Investigation. Prosecutors said Wilkins was recorded in August 2014 encouraging someone to kill now-former deputy Joshua Freeman and coached the killer on how to get away with the murder.

Freeman had threatened to turn over an audio recording of Wilkins to authorities, prosecutors said. 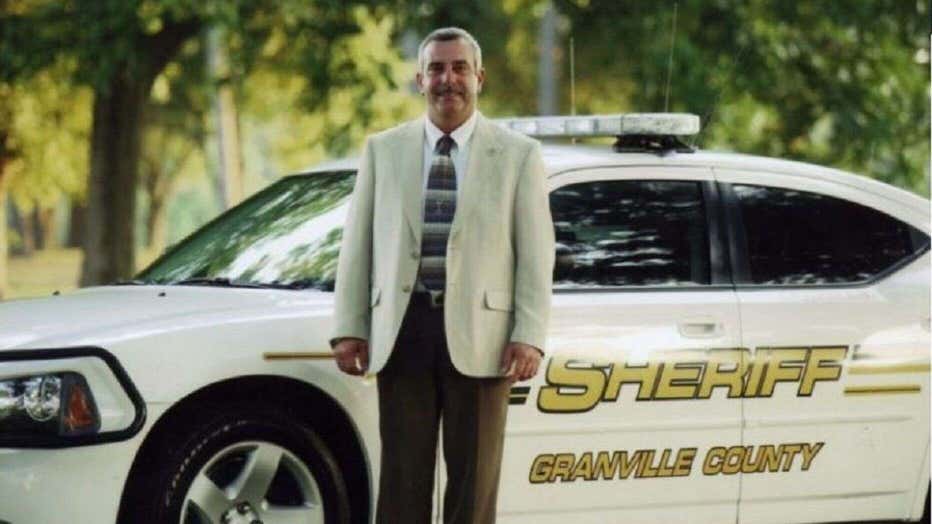 Granville County Sheriff Brindell Wilkins faces criminal charges in connection with a plot to kill one of his deputies. (Photo credit: County of Granville)

Wilkins “failed to make reasonable and professional efforts to help prevent harm to victim Joshua Freeman, including failing to immediately warn Joshua Freeman of the credible threat ... or failing to effectuate an arrest of this individual,” the indictment states.

The indictment said Wilkins told another person to "take care of it" in reference to the former deputy and that "the only way you gonna stop him is kill him."

“You ain’t got the weapon, you ain’t got nothing to go on,” Wilkins allegedly told the would-be killer. “The only way we find out these murder things is people talk. You can’t tell nobody nothin’, not a thing.”

The recording where Wilkins allegedly encouraged the killing was turned over to state investigators.

"I thought it was important for there to be some effort to get to what would motivate individuals involved in being recorded in this conversation to discuss plans to kill someone else," Wake County District Attorney Lorrin Freeman told WTVD-TV.

Efforts to reach Lorrin Freeman were unsuccessful Tuesday evening. The two Freemans are not related, the News & Observer reported.

Freeman said the former deputy claimed he turned in the recording to the FBI five years ago, but it has not been found.

In a Tuesday press conference, Granville County Attorney Jim Wrenn called the charges "unsettling." Since Wilkins is elected, county commissioners have no supervision over him, he said.

Wilkins was released Monday on a $20,000 unsecured bond. His next court date is Oct. 9.