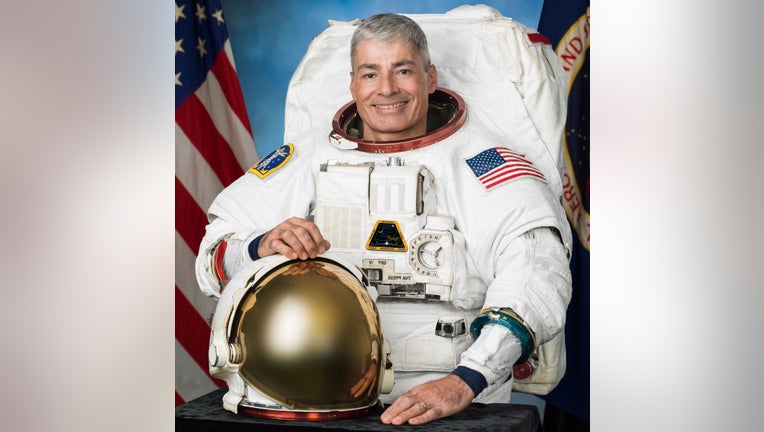 (FOX 9) - Minnesota native and NASA astronaut Mark Vande Hei is about to catch another rocket ride into space.

Vande Hei will take a seat on the next Russian Soyuz rocket to the International Space Station, and the Benilde-St. Margaret’s and St. John’s University graduate says he can’t wait.

Minnesota native and NASA astronaut Mark Vande Hei is about to catch another rocket ride into space.

It will be his second time in space. The first trip was in 2017, where he served as a flight engineer. This time, he was a backup. He found out about the assignment just six days ago when one of his high school friends saw a Twitter announcement that it was finalized.

"I was training for this, just in case it got finalized, and I’m super happy that it did," he said. "And I’m feeling very ready to go."

Vande Hei will be tasked with running some potentially life-saving experiments while he is on the mission.

"One of the experiments I’m going to work on is potentially helping out with Alzheimer’s disease. There is something called anyloids," he said.

While he told a group of fourth graders that playing video games in space is unlikely, he said he is looking forward to floating again in zero gravity.

"I’m still trying to figure out how I possibly got this job," he said.

Vande Hei launches from Kazakhstan April 9. He could spend a year at the ISS.