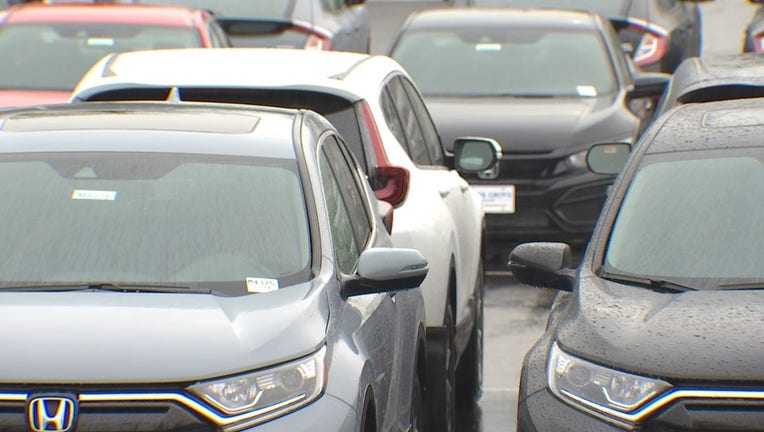 Cars sit in the lot at an auto dealership in the Twin Cities metro area. (FOX 9)

(FOX 9) - Microchips are causing a big problem for car dealerships nationwide and the Twin Cities is not exempt.

About 12 microchips are placed in new cars before they’re shipped to dealerships and sold to customers. The microchips act as a central nervous system controlling everything from emissions to the calibration of the engine. However, there’s not enough microchips to go around.

A shortage of microchips is causing low vehicle inventory at Minnesota car dealerships.

"Turns out that the auto industry only takes up five percent of the microchip business, so even though it’s affecting us hard and critically, we’re not their biggest customer," said Scott Lambert, the president of the Minnesota Automobile Dealers Association.

The car industry is trying to get in where they fit in, as it’s competing with the phone, computer, and TV industries for these microchips. Lambert says the shortage is leading to a low car inventory at dealerships nationwide, including Minnesota.

"Microchips are primarily made in Taiwan right now and that’s been one of the problem countries [amid the pandemic] and as they ramp back up we should be able to get out of this," said Lambert.

The shortage of new car inventory is also impacting the number of used cars available.

"It does mean that dealers will be falling back on selling used cars and it’s causing used cars to be in high demand and the price of used cars are rising," said Lambert.

Industry leaders are optimistic, saying this shortage should only last for about a year. Those shopping for a new car may just have to wait a little longer to take home the car of their choice.