MINNEAPOLIS (FOX 9) - Mayor Jacob Frey pleaded with members of the community to end the violence as tensions boiled over for a second night in Minneapolis amid protests over the death of George Floyd.

FOX 9 crews witnessed widespread looting, vandalism, and fires set throughout the night along Lake Street culminating in rioters breaking into the Minneapolis Police Department's 3rd Precinct and setting a fire. 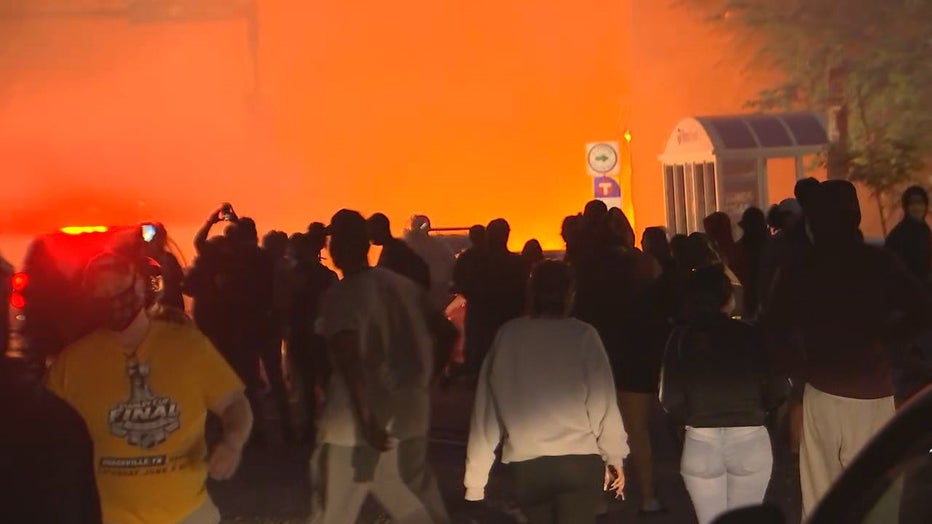 Mayor Frey ordered officers out rather than to attempt to engage with the protesters. Officers were able to make it out safely.

However, the precinct on East Lake Street along with other buildings in the area burned without abatement as the riots prevented firefighters from knocking down flames.

When asked directly what the plan was for the city moving forward, the mayor didn't answer how police would bring the situation under control. Instead, Frey said the city needed more help. Both from the state -- which Frey said was starting to show up -- and from members of the community.

"What we have seen over the past several hours and the past couple of nights in terms of looting is unacceptable," Frey said. "Our communities can not and will not tolerate it. These are businesses, these are community institutions we need."

Frey's early morning news conference came shortly after tweets from President Trump criticizing his response and threatening to bring in the U.S. National Guard to bring order to the city.

In the tweets, Trump said he had spoken with Governor Walz, saying the state had the full backing of the military. Trump also seemed to indicate he would do whatever it'd take to stop the looting even if it meant using force.

"Any difficulty and we will assume control," the president warned. "But, when the looting starts, the shooting starts."

Frey responded by saying Trump didn't have an understanding of the city.

"Donald Trump knows nothing about the strength of Minneapolis," Frey argued. "We are strong as hell. Is this a difficult time period? Yes. But you better be damn sure we are going to get through this."