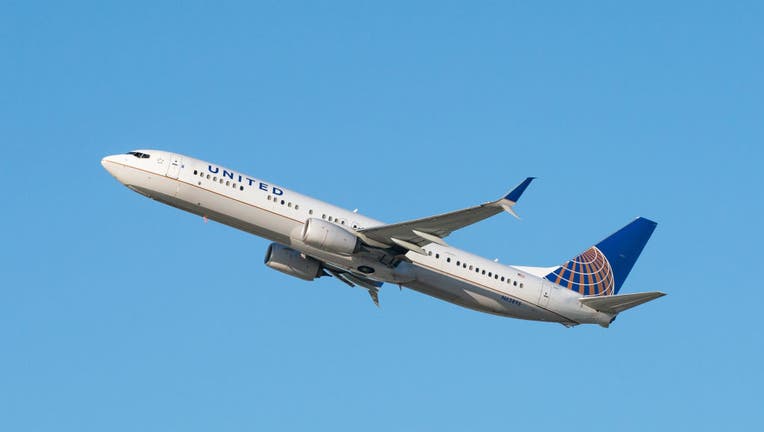 LOS ANGELES - The Centers for Disease Control and Prevention is working with United Airlines to contact any passengers who may have been exposed to a traveler presumably infected with the coronavirus who suffered a medical emergency on a Monday flight bound for Los Angeles International Airport and later died.

The deceased passenger, who flew on UA591, was pronounced dead after the aircraft made an emergency landing in New Orleans on Monday, Dec. 14. The plane was originally scheduled to fly from Orlando to Los Angeles.

"At the time of the diversion, we were informed he had suffered a cardiac arrest, so passengers were given the option to take a later flight or continue on with their travel plans," a representative for the airline said in a statement to FOX 11. "Now that the CDC has contacted us directly, we are sharing requested information with the agency so they can work with local health officials to conduct outreach to any customer the CDC believes may be at risk for possible exposure or infection."

Earlier in the week, passengers aboard the aircraft claimed that the deceased passenger's wife admitted that he felt shortness of breath, and had also lost his sense of taste and smell prior to boarding.

"@united can I ask how you guys let a covid positive man on my flight last night? He was shaking and sweating boarding the plane. He was clearly sick and then died mid flight," one passenger wrote on Twitter. "We had an emergency landing in New Orleans and we didn't even switch planes afterwards. We all sat there for hours waiting while you guys cleaned up his blood and germs with wet wipes. Is this how you guys handle other people's safety and health?"

Tony Adalpa, another passenger who recounted the situation on Twitter, claimed that the man’s wife said he was due for a COVID-19 test in LA, though she "never mentioned he was positive."

He later posted on Twitter that he now feels "symptomatic" after attempting to perform CPR on the sick passenger last Monday.

"The health and safety of our employees and customers is our highest priority, which is why we have various policies and procedures in place such as mask mandates and requiring customers to complete a ‘Ready-to-Fly’ checklist before the flight acknowledging they have not been diagnosed with COVID-19 in the last 14 days and do not have COVID-related symptoms," United Airlines said in a statement to FOX 11.

United Airlines recently announced a partnership with the CDC to implement a contact-tracing program as of Dec. 17, asking passengers to voluntarily provide several key pieces of information in the hopes of speeding up efforts to locate passengers who may have been exposed. The program will start with arriving international passengers, before expanding to all passengers in the coming weeks.