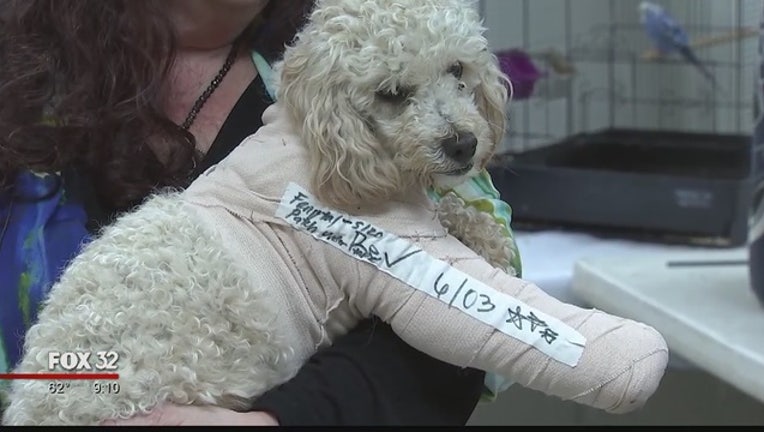 OAK LAWN, Ill. (AP) - A suburban Chicago man who posed as the owner of two small dogs, paid a reward to the person who found them and then threw them off the top of a five-story parking garage has been sentenced to prison after pleading guilty to animal cruelty charges.

Prosecutors said Hanania obtained the dogs by responding to a Facebook ad from someone who had found the two toy poodles. They contend that Hanania, posing as the dogs' owner, paid the person who found the dogs a reward and then drove them to the top of a parking garage at Advocate Christ Medical Center in Oak Lawn and then threw them to the ground.

The paper reported that hospital surveillance video shows a man pulling to the top of the parking deck, climbing from his car, looking over the ledge before walking back to the vehicle before the animals were thrown to the ground.

One of the dogs was killed. The other suffered broken legs but survived after undergoing surgery.

The case was closely followed by animal welfare advocates, who showed up to each of Hanania's court appearances and held a rally.

"I think our presence played a part in it, I really do," said Peggy O'Leary, one of the activists. "The state's attorney came out last time and talked to us and said the judge was aware we were here keeping tabs on this guy."