Authorities on Long Island are being extra-vigilant after a shark bite a lifeguard over the weekend.

SUFFOLK COUNTY, N.Y. - Two beaches on Long Island reopened for swimming on Monday after a shark attacked a lifeguard over the weekend.

Lifeguards at the beaches at Smith Point County Park and Cupsogue Beach County Park started their shifts an hour early on Monday morning to scan the water for signs of sharks, Suffolk County spokesperson Nicole Russo said. The beaches reopened at 10 a.m.

Lifeguards on paddle boards patrolled the shoreline. They also used a remote-controlled drone to get a look at the water from above.

During a lifeguard training exercise at Smith County Beach on Sunday morning, a small shark bit a lifeguard in the chest and hand. The lifeguard was treated with stitches and will be OK.

Suffolk County Chief of Lifeguards Kevin Kolar, who has been a lifeguard since 1986, said he'd never seen anything like this.

"As a lifeguard, you hear stories in Australia and California and you never think it's going to happen to you until it does," Kolar said, "and you don't know how you're going to react." 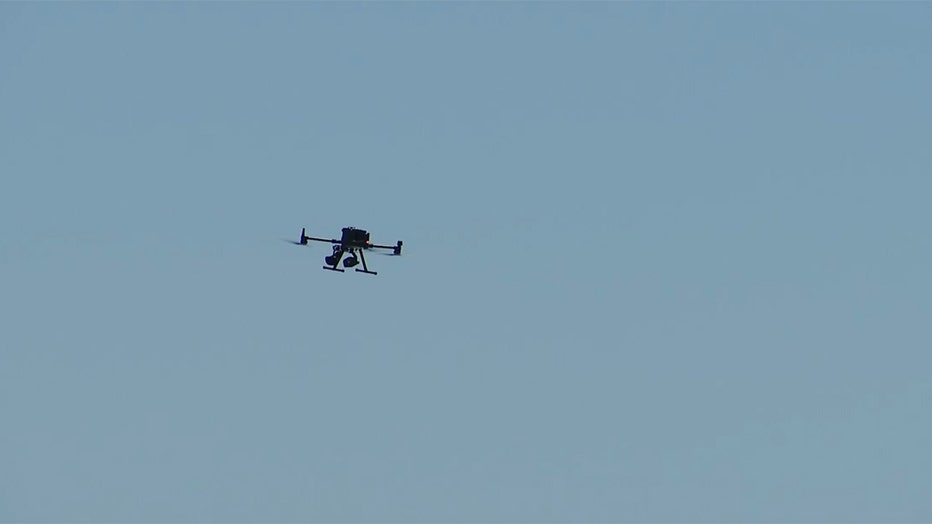 Officials say murky water, which is common at these beaches, can make spotting sharks more difficult. They reiterated that shark attacks are extremely rare so they don't want to freak anyone out or keep people out of the water this summer. But if you want to avoid a potential encounter with a shark, keep an eye out for any schools of fish you see, lifeguards said. You should avoid that area or just get out of the water.

"We have never had an incident like this occur," County Executive Steve Bellone said on Sunday. "Hopefully, we never will again."

Last week, Nassau County Police investigated a possible shark attack after a 37-year-old man who was swimming at a beach in Wantagh suffered a large cut on his right foot.

Two Long Island beaches were expected to reopen Monday after a lifeguard was bitten by a shark during a training exercise.

Shark sightings at Long Island beaches are becoming a growing problem. Scientists believe that rising ocean temperatures are helping draw sharks to the New York coastline. Wildlife experts say that new types of sharks could be spotted this year, including tropical hammerheads.

The state is expanding a drone program to track sharks this summer.