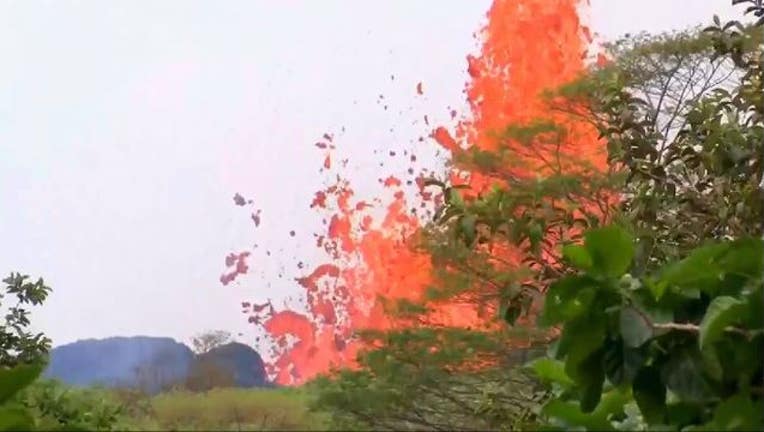 PAHOA, Hawaii (AP) - White plumes of acid and extremely fine shards of glass are billowing into the sky over Hawaii as molten rock from Kilauea volcano pours down a hillside and into the ocean.

Authorities are warning the public to stay away from the toxic steam cloud, which is formed by a chemical reaction when lava touches seawater.

Further upslope, lava is still gushing out of large vents in the ground in a Big Island residential neighborhood.

Hawaii County officials say sulfur dioxide gas emissions from the vents have tripled. At the volcano's summit, two explosive eruptions unleased clouds of ash on Sunday. Winds carried much of the ash toward the southwest.