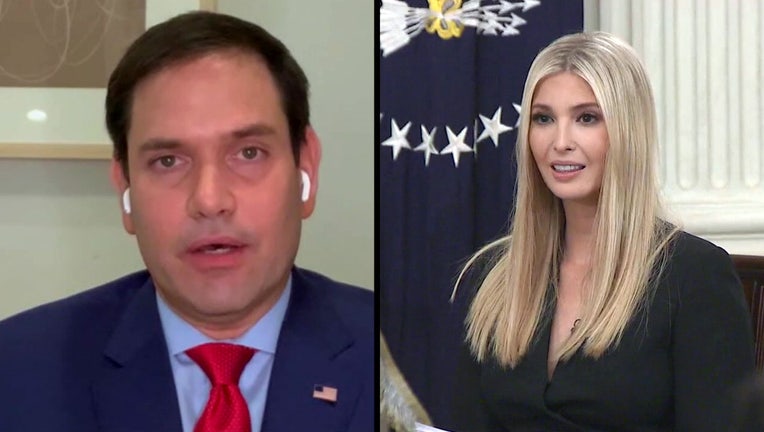 Ivanka Trump is not planning to run against Florida GOP Sen. Marco Rubio in 2022 amid chatter the daughter of the former president could enter politics herself, Fox News has learned.

A source close to Rubio, R-Fla., told Fox News that former President Trump’s daughter indicated to the senator she would not mount a primary challenge against him in the state ahead of the 2022 midterms.

Ivanka Trump worked in the White House as an adviser to her father for the last four years, but moved to Florida after his term ended.

A spokesperson for Rubio’s campaign told Fox News that Rubio and Ivanka Trump did speak a few weeks ago.

"Ivanka offered her support for Marco’s reelection and they had a great talk," the spokesperson told Fox News. "I can also confirm that we are discussing a joint event to highlight Marco and Ivanka’s successful push to expand the Child Tax Credit."

Ivanka Trump described Rubio as a "good personal friend" and said "I know he will continue to drive meaningful progress on issues we both care deeply about."

The news was first reported by the New York Times, which cited people close to Ivanka Trump, as well as a Rubio aide.

LINK: Get updates on this story from FOX News.