Law enforcement agencies are working to figure out who is responsible for the destruction of the Georgia Guidestones, a granite attraction in Elbert County established in 1980.

The Georgia Guidestones, a granite attraction in Elbert County, are located off of Guidestone Road just east of Ga. Highway 77.

SKYFOX 5 flew over the scene and saw one of the pillars reduced to rubble. The top block also appeared to be damaged in the corner that was supported by the demolished block. It's not clear which languages were on the destroyed block.

Investigators said unknown people detonated an explosive device at around 4 a.m. Elbert County investigators arrived and noted a large portion of the structure was damaged.

The video was released by the GBI late Wednesday afternoon. A second video showing a silver sedan driving away from the area was also released.

Someone set off an explosive device at the site of the controversial northeast Georgia monument. The site has been subject to vandalism for years, so the association installed cameras.

The Elbert County Sheriff's Office is investigating and the GBI bomb squad responded. Elberton Granite Association Executive VP Chris Kubas said there are stationary cameras at the site installed because of vandalism. He said cameras operate at all times and feed back to a 911 dispatch center. 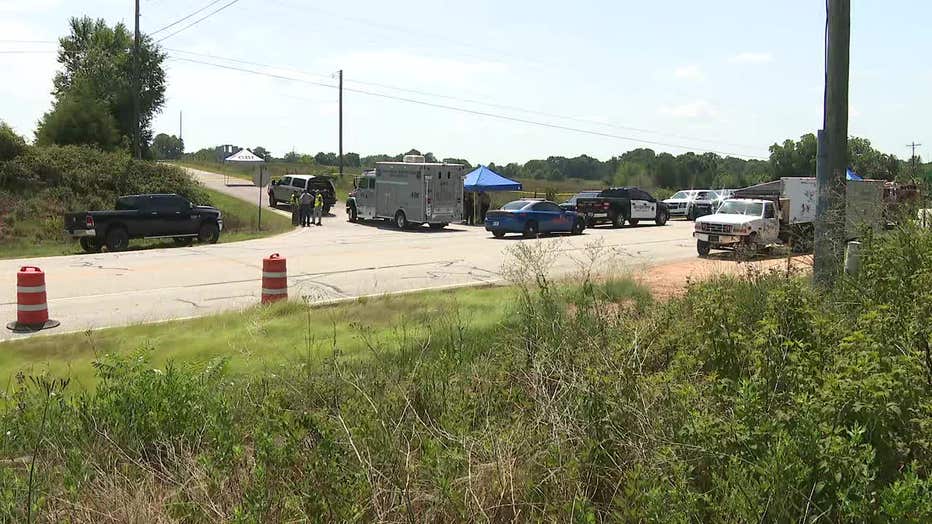 Kubas said the Elberton Granite Association has a role in maintaining the Guidestones. He was saddened by the destruction of part of the monument.

"I'm sad not just for Elberton and Elbert County, I'm sad for the United States and the world," Kubas said. "These were a tourist attraction, and it was not uncommon for people around the world to be up here at any given time."

The monuments, he said, must have been painstakingly crafted and it took immense effort to manufacture the blocks of stone.

"To quarry something of that size and get those four of them that precise … with the sandblasting it took to letter those languages, that is utter craftsmanship that you wouldn't find anywhere else," Kubas said.

By Wednesday afternoon, the remaining Georgia Guidestones had been completely torn down. 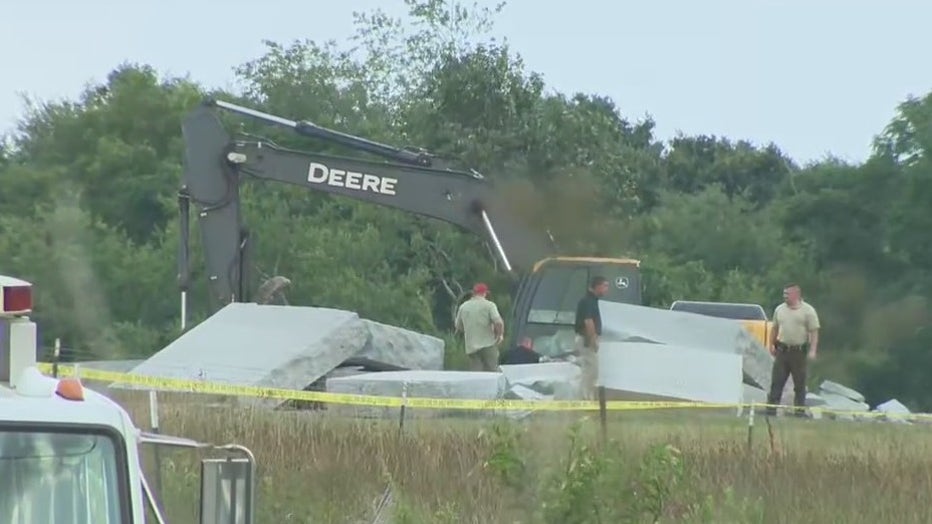 The Georgia Guidestones in a heap on the ground after authorities torn them down when they were damaged by an explosion.

What are the Georgia Guidestones?

The origin of the monument is ambiguous. They were allegedly commissioned by a person under the name R.C. Christian, established in 1980 and have become a roadside attraction for travelers. It's sometimes referred to as "America's Stonehenge" for its unknown origins.

The monument is 19 feet high and each stone block weighs about 42,000 pounds. It serves as a calendar and is inscribed with a 10-part message in eight different languages. The messages are "guidelines" to humanity, that people have suggested are a "cult message."

"They were meant for a future population after a cataclysmic event," Kubas said.

Elberton colloquially known as "the Granite Capital of the World." The stones were crafted from locally-mined granite and built by an Elberton-area company.

What do the Georgia Guidestones say?

The English portion of the inscription reads:

"Maintain humanity under 500,000,000 in perpetual balance with nature.

Rule passion — faith — tradition — and all things with tempered reason.

Protect people and nations with fair laws and just courts.

Over the years the Guidestones have been subjected to graffiti and vandalism.

"But we've never had this level of damage ever done to the Guidestones," Kubas said.