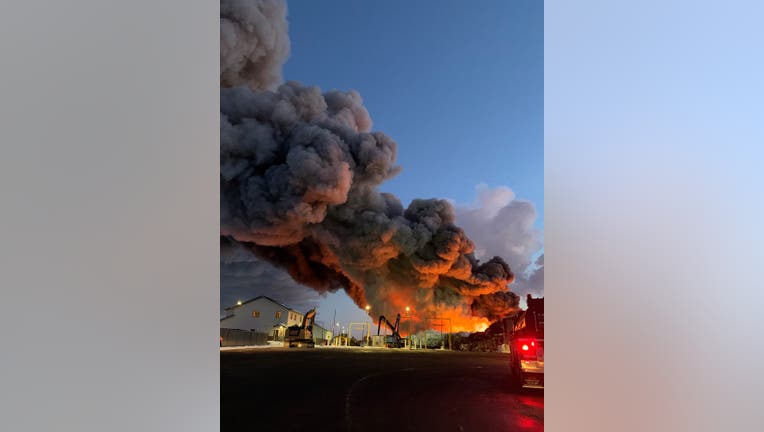 The Northern Metals fire in Becker, Minn. rages two days after it started.

BECKER, Minn. (FOX 9) - Officials are keeping a close eye on air quality as a fire at the Northern Metal Recycling facility in Becker, Minnesota burns for a second day. Supression efforts continue, but officials say it will take several days to fully extinguish the fire.

Wednesday night, officials announced they would separate a portion of the burning vehicle stack and let it burn out. A fire break between the burning cars and the rest of the pile will protect some of Northern Metals's inventory and the other buildings on the property.

Becker Schools to close Thursday due to Northern Metals fire

The Superintendent of Becker Schools announced that the school district will close all its schools Thursday due to the Northern Metals Recycling fire.

"The decision is based on the fact that water resources from Becker and surrounding areas are being rapidly depleted," said Becker Police in a release. "The resulting fire will be more intense and will produce more black smoke, but the plume is expected to rise higher into the air and travel farther before dissipating."

Officials say seperating and burning down the engulfed stack will help protect firefighters' health and buildings on the property. 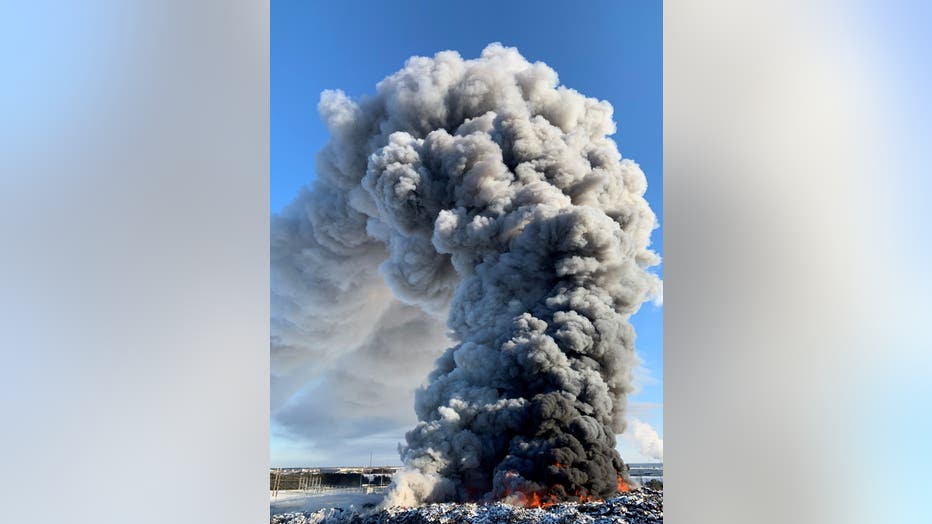 The Becker, Minn. fire at Northern Metals rages on Wednesday.

The fire is creating so much smoke the massive plume can be seen from miles away. It was even picked up on FOX 9 radar. Some people said they could smell the fire as far away as Woodbury.

Minnesota Pollution Control Agency officials are testing the air quality Wednesday as the fire at the Northern Metal Recycling continues to burn.

The Becker Police Department said the fire broke out inside a mountain of crushed cars early Tuesday morning. Firefighters from 18 different fire departments are still on the scene overnight trying to put out the flames, which keep flaring up.

The National Guard is also being called in to help fight the flames, with water being trucked in from several neighboring towns.

A fire started overnight in what appears to be a pile of crushed cars at the Northern Metal Recycling facility in rural Sherburne County.

Police told businesses in the path of the smoke to turn off their ventilation systems and warned people downwind to limit their time outdoors, urging people with respiratory issues to stay indoors.

“At this point, we have no reason to believe it is toxic but whenever there is smoke and stuff like that I think precautions are necessary, Becker Police Chief Brent Baloun said. 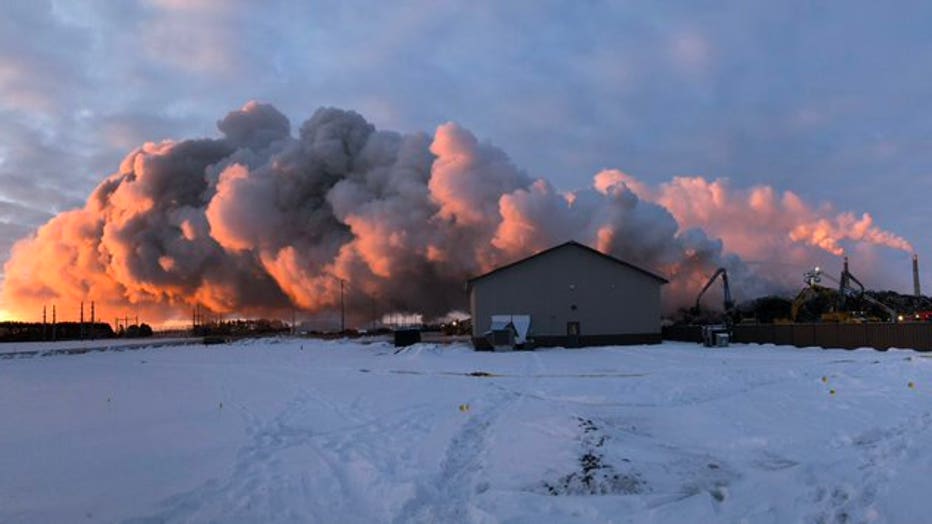 “A fire was reported at 2:25 a.m. yesterday at Northern Metal’s plant at 12432 Energy Drive in Becker. The incident was contained to the plant’s feed stock area. The facility is not yet operational. There were no injuries and no damage to buildings or equipment. Northern Metals greatly appreciates the efforts of the responders and thanks them for working to extinguish the fire." 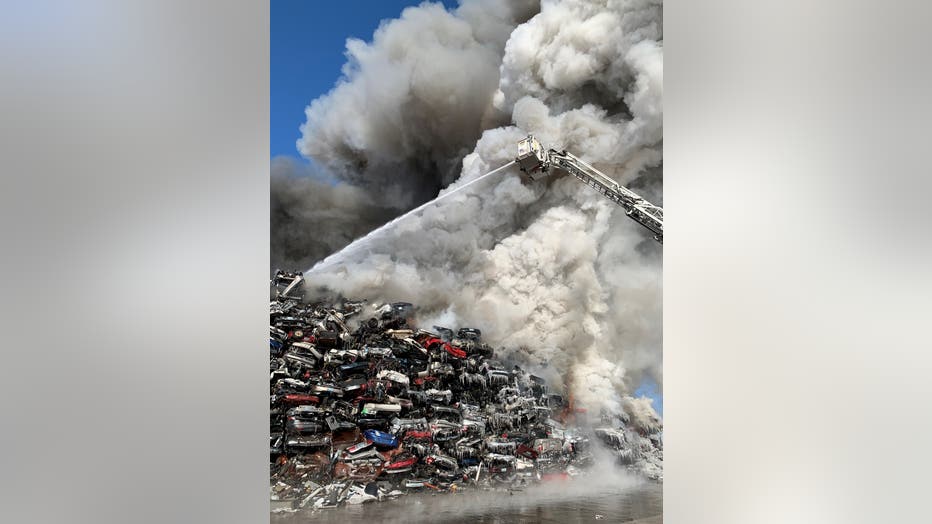 Firefighters battle a blaze at Northern Metals in Becker, Minn. two days after it started.