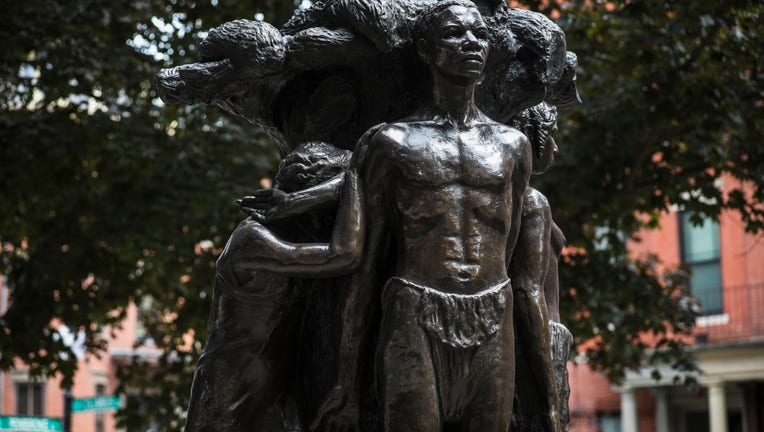 Black History Month will commence on Feb. 1 with National Freedom Day, a day of observance that commemorates the end of slavery in the United States.

The day marks the signing of a resolution between former President Abraham Lincoln and Congress that became the 13th Amendment, outlawing slavery. Lincoln signed the measure on Feb. 1, 1865, although it wasn’t ratified by states until much later.

According to the Library of Congress, Richard Robert Wright, Sr., who was once enslaved, fought to have a day that celebrates freedom for all Americans. After gaining his own freedom, Wright became a businessman and activist in Philadelphia and urged people to celebrate that freedom on Feb. 1, in honor of when the the 13th Amendment was signed.

President Harry Truman made National Freedom Day an official observance when he signed the bill in 1948 "to promote good feelings, harmony, and equal opportunity among all citizens and to remember that the United States is a nation dedicated to the ideal of freedom," according to the Library of Congress.

Before signing the 13th Amendment, Lincoln issued the Emancipation Proclamation on Jan. 1, 1863.  The proclamation declared "that all persons held as slaves" within the rebellious states "are, and henceforward shall be free." Rebellious states were those that succeeded from the U.S. during the Civil War.

Slavery did not immediately end when the Emancipation Proclamation was signed. It wasn’t until June 19, 1865 when Maj. Gen. Gordon Granger and his Union troops arrived at Galveston, Texas that the last group of enslaved people in the country heard the war had ended and they were now free.

Granger delivered General Order No. 3, which said: "The people of Texas are informed that, in accordance with a proclamation from the Executive of the United States, all slaves are free. This involves an absolute equality of personal rights and rights of property between former masters and slaves, and the connection heretofore existing between them becomes that between employer and hired labor."

The next year, the now-freed slaves celebrated on the anniversary in Galveston. The celebration has since continued on the same day - known as Juneteenth - around the nation and the world.

Forty-six states and the District of Columbia recognize Juneteenth as a state holiday or day of recognition, like Flag Day. Countries like South Korea, Ghana, Israel, Taiwan, France, and the U.S. territory of Guam have held or now hold Juneteenth celebrations.

A resolution recognizing Juneteenth as a national holiday passed the Senate last year, but the accompanying resolution has not been approved in the House.