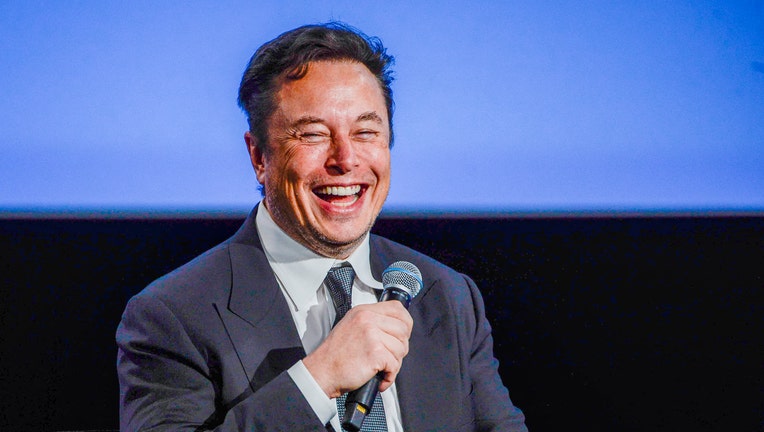 The U.S. government is reportedly considering national security reviews for two of Elon Musk’s biggest ventures — his bid to buy Twitter and SpaceX’s Starlink satellite network, according to a Bloomberg report.

Officials are also looking at Musk’s threat to stop providing satellite internet service to Ukraine unless the government starts paying the tab, and his seemingly Russia-friendly tweets amid Vladimir Putin’s invasion of Ukraine.

The sources told Bloomberg they may try to use the law governing the Committee on Foreign Investment in the United States as a way to conduct the reviews.

According to Forbes, a national security review could further delay Musk’s Twitter deal.

Where does the Elon Musk-Twitter saga stand?

After his initial $44 billion bid in April to buy Twitter, Musk backed out of the deal, contending Twitter misrepresented the number of fake "spam bot" accounts on its platform. Twitter sued, and a Delaware judge has given both sides until Oct. 28 to work out details. Otherwise, there will be a trial in November.

In early October, Musk reversed course and said he’d go through with acquiring the social media company under the same terms he agreed to in April. But after months of tweetstorms and legal barbs, there are scars and suspicions on both sides.

Reports say Elon Musk has decided to go ahead with his $44B offer to buy Twitter, potentially avoiding a lawsuit.

Musk would cut 75% of Twitter’s workforce

The Bloomberg report comes a day after The Washington Post reported that Musk plans to gut Twitter’s workforce if the deal closes.

Musk has told prospective investors in his Twitter purchase that he plans to cut nearly 75% of Twitter’s employee base of 7,500 workers, leaving the company with a skeleton crew, according to the report. The newspaper cited documents and unnamed sources familiar with the deliberations.

While job cuts have been expected regardless of the sale, the magnitude of Musk’s planned cuts are far more extreme than anything Twitter had planned. Musk himself has alluded to the need to cull some of the company’s staff in the past, but he hadn’t given a specific number — at least not publicly.

Experts, nonprofits and even Twitter’s own staff have warned that pulling back investments on content moderation and data security could hurt Twitter and its users. With as drastic a reduction as Musk may be planning, the platform could quickly become overrun with harmful content and spam — the latter of which the Tesla CEO himself has said he’ll address if he becomes owner of the company.

A timeline of Elon Musk’s bid to buy Twitter 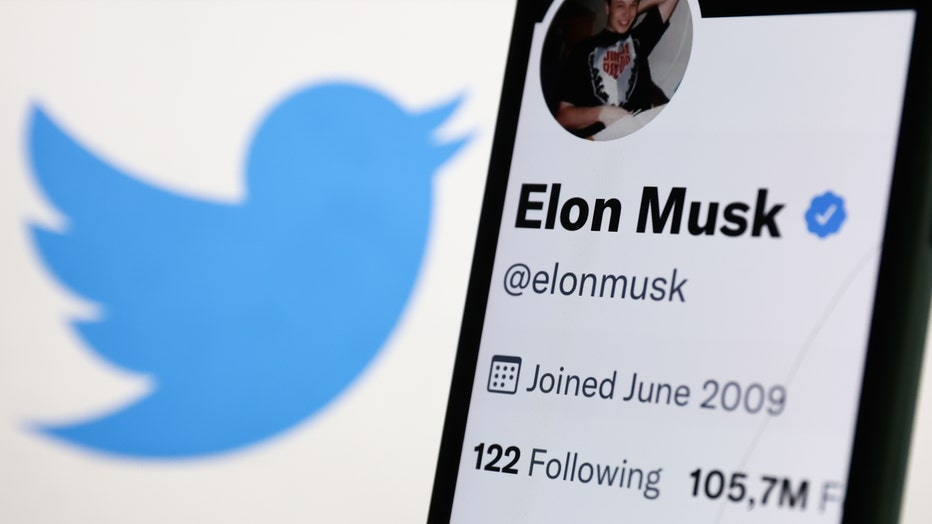 Elon Musk's Twitter profile displayed on a phone screen and Twitter logo displayed on a screen are seen in this illustration photo taken in Krakow, Poland on September 15, 2022. (Photo by Jakub Porzycki/NurPhoto via Getty Images)

Here’s a look at some of what’s transpired between the billionaire Tesla CEO and the social media platform:

January 31: Musk starts buying shares of Twitter in near-daily installments, amassing a 5% stake in the company by mid-March.

March 26: Musk, who has 80 million Twitter followers and is active on the site, said that he is giving " serious thought " to building an alternative to Twitter, questioning free speech on the platform and whether Twitter is undermining democracy. He also privately reaches out to Twitter board members, including his friend and Twitter co-founder Jack Dorsey.

March 27: After privately informing them of his growing stake in the company, Musk starts conversations with Twitter’s CEO and board members about potentially joining the board. Musk also mentions taking Twitter private or starting a competitor, according to later regulatory filings.

April 4: A regulatory filing reveals that Musk has rapidly become the largest shareholder of Twitter after acquiring a 9% stake, or 73.5 million shares, worth about $3 billion.

April 5: Musk is offered a seat on Twitter’s board on the condition he amass no more than 14.9% of the company’s stock. CEO Parag Agrawal said in a tweet that "it became clear to us that he would bring great value to our Board."

April 11: Twitter CEO Parag Agrawal announces Musk will not be joining the board after all.

April 14: Twitter reveals in a securities filing that Musk has offered to buy the company outright for about $44 billion.

April 21: Musk lines up $46.5 billion in financing to buy Twitter. Twitter board is under pressure to negotiate.

April 25: Musk reaches a deal to buy Twitter for $44 billion and take the company private. The outspoken billionaire has said he wanted to own and privatize Twitter because he thinks it’s not living up to its potential as a platform for free speech.

April 29: Musk sells roughly $8.5 billion worth of shares in Tesla to help fund the purchase of Twitter, according to regulatory filings.

May 5: Musk strengthens his offer to buy Twitter with commitments of more than $7 billion from a diverse group of investors including Silicon Valley heavy hitters like Oracle co-founder Larry Ellison.

May 10: In a hint at how he would change Twitter, Musk says he’d reverse Twitter’s ban of former President Donald Trump following the Jan. 6, 2021 insurrection at the U.S. Capitol, calling the ban a "morally bad decision" and "foolish in the extreme."

May 13: Musk said that his plan to buy Twitter is " temporarily on hold." Musk said that he needs to pinpoint the number of spam and fake accounts on the social media platform. Shares of Twitter tumble, while shares of Tesla rebound sharply.

June 6: Musk threatens to end his $44 billion agreement to buy Twitter, accusing the company of refusing to give him information about its spam bot accounts.

July 8: Musk says he will abandon his offer to buy Twitter after the company failed to provide enough information about the number of fake accounts. Twitter threatens to sue Musk to uphold the deal.

July 19: A Delaware judge says the Musk-Twitter legal dispute will go to trial in October.

August 23: A former head of security at Twitter alleges the company misled regulators about its poor cybersecurity defenses and its negligence in attempting to root out fake accounts that spread disinformation. Musk eventually cites the whistleblower as a new reason to scuttle his Twitter deal.

October 4: Musk offers to go through with his original proposal to buy Twitter for $44 billion. Twitter says it intends to close the transaction after receiving Musk’s offer.