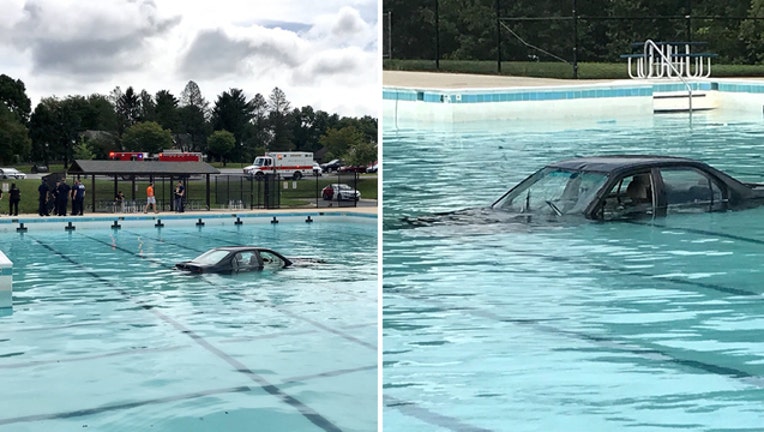 Montgomery County officials say two people were able to get out of the car before fire crews arrived on the scene.

Crews were able to retrieve the car out of the pool. No people were in the people at the time, and no injuries were reported.

Gaithersburg Police is investigating this incident.