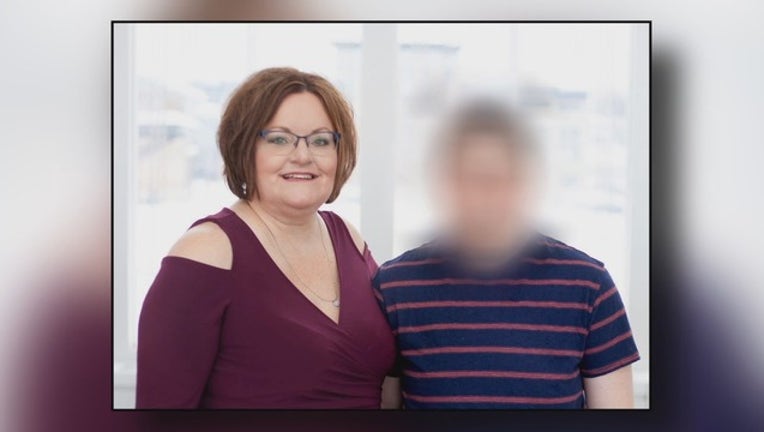 ST. PAUL, Minn. (FOX 9) - The Minnesota Department of Human Rights and Attorney General Keith Ellison are joining a lawsuit that claims the Anoka-Hennepin Schools District discriminated against a transgender student by not allowing him to change in the locker room with his peers.

The lawsuit was originally filed last month by several organizations, including the Minnesota ACLU.

Leaders with the Minnesota Department of Human Rights say the student's rights were violated.

“We filed to join this lawsuit because equal access to public schools for all students, including transgender and gender-nonconforming students, is a civil right protected by the Minnesota Human Rights Act,” said Minnesota Department of Human Rights Deputy Commissioner Irina Vaynerman in a press release. “School districts should have policies and procedures that enable all students to thrive, free from discrimination. We stand proudly with transgender and gender-nonconforming students across the State.”

In a statement, Anoka-Hennepin Schools said the use of restrooms and locker rooms are determined on a case-by-case basis. The district felt "confident" it operated within state and federal law.

"In permitting the student to use the boys restrooms and locker room consistent with his gender identity, the District surpassed what Minnesota law prescribes," read the statement in part.

"Anoka-Hennepin Schools is committed to providing a safe and respectful learning environment and to providing an education that supports all students and families, including transgender and gender nonconforming students.

"The use of restrooms and locker rooms are determined on a case-by-case basis. The goal is to ensure that all students feel safe and comfortable. Plans for accommodation for restroom and locker room use are made in consultation with school building administrators, the Title IX coordinator, and superintendent in compliance with state and federal law. This approach is consistent with guidance from the National School Boards Association and the Minnesota School Boards Association. Providing privacy for all students is an important consideration.

"The Minnesota Supreme Court held in Goins v. West Group “that the Minnesota Human Rights Act neither requires nor prohibits restroom designation according to self-image of gender or according to biological gender.” In permitting the student to use the boys restrooms and locker room consistent with his gender identity, the District surpassed what Minnesota law prescribes.  The court’s decision in Goins is consistent with the Minnesota Human Rights Act’s provisions governing discriminatory practices in places of public accommodation. Under the Act, it is an unfair discriminatory practice “to deny any person the full and equal enjoyment of the goods, services, facilities, privileges, advantages, and accommodations of a place of public accommodation because of,” among other things, “sexual orientation” or “sex.” This provision does not apply, however, “to such facilities as restrooms, locker rooms, and other similar places.” Minn. Stat. § 363A.11, subd. 1(a)(1);  § 363A.24, subd. 1.

"Information regarding individual students is considered private student data and the district is not allowed to comment on such information.

"Anoka-Hennepin is confident our actions conform with state and federal law."