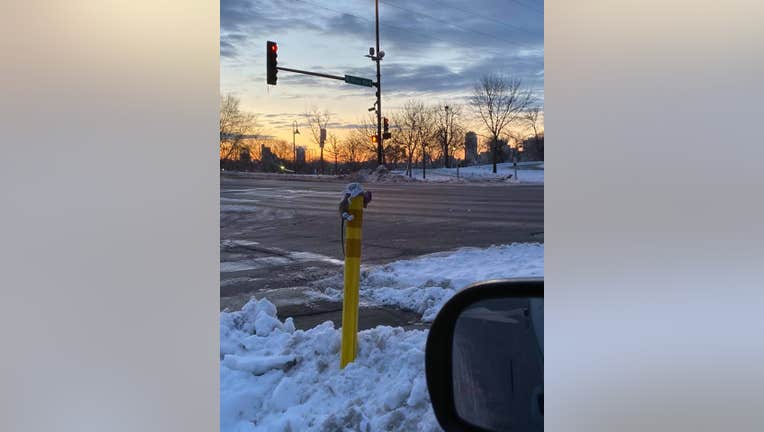 A dead rat was found bundled in booties and other winter attire at an intersection in northeast Minneapolis. (Cianna Violet)

MINNEAPOLIS (FOX 9) - The saying "Minnesota nice" extends to all of the creatures in the Land of 10,000 Lakes -- dead or alive apparently.

Last month, an apparent dead rodent appeared to be delicately balanced on yellow traffic post in northeast Minneapolis at a traffic intersection near the 2000 block of West River Rd N. Cianna Violet told FOX 9 she first noticed the rat on her way to work on Nov. 11 and she snapped a photo to share with her coworkers.

However, during her morning commute Tuesday, she noticed a few additions. It appeared the rat was now wearing booties, a hat, jacket and even a miniature backpack.

"It’s now wearing a hat and boots, which is good because it will probably be stuck there all winter," Violet wrote in a Facebook post to the group "I Love NE Mpls."

The post quickly gained traction garnering reactions ranging from laughter to grossed out before the post was apparently taken off the group's page by moderators. 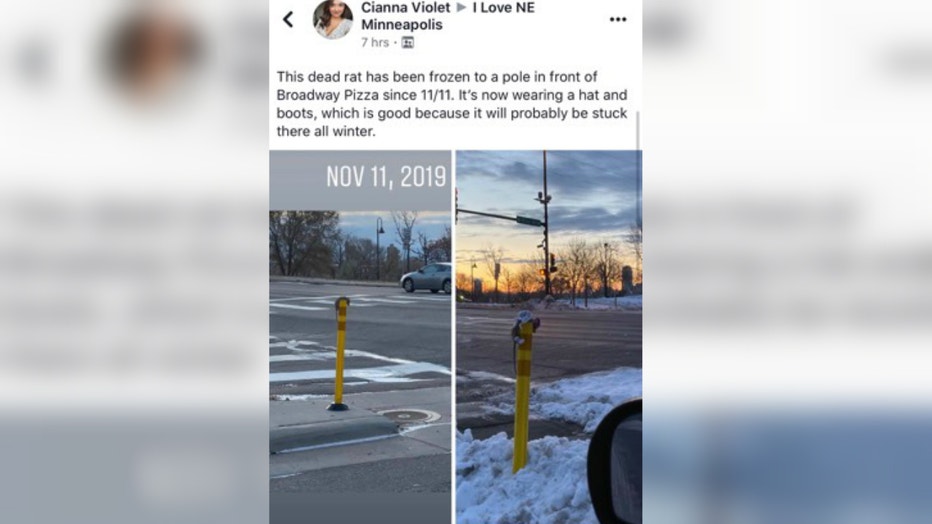 Cianna Violet first noticed the rat on November 11 while she was on her way to work. (Cianna Violet)