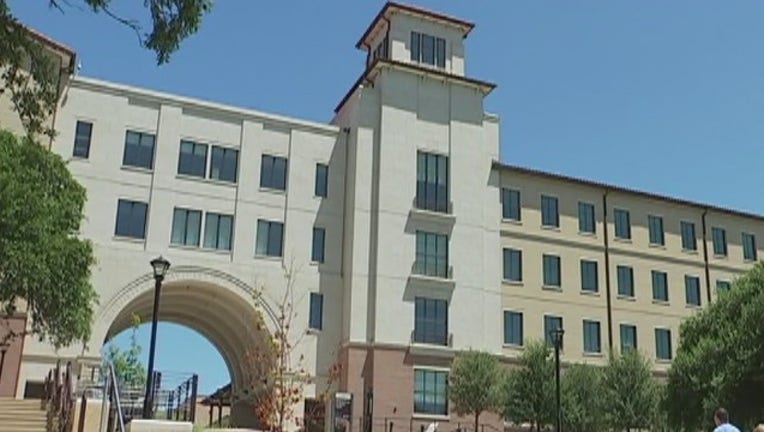 KANSAS CITY, Mo. (AP) — Colleges that expel students whom they suspect of having committed sexual assault are being asked to go further by specifying the reason for expulsion on their transcripts.

Victims' advocates say it's critical to ensuring that such students don't end up on other campuses without their new schools knowing the potential risk and to holding them accountable, long term, so they can't just move on with a clean slate.

Virginia and New York already have such a requirement and a California congresswoman, Rep. Jackie Speier, introduced a bill Thursday that would expand it nationwide while allowing such notations to eventually be expunged. Speier, a Democrat from the Bay Area, said most schools already note incidents of cheating on students' records, so it makes sense to note if someone was expelled for sexual misconduct.

"Sexual assault is a far more serious offense that deserves at least as much, if not greater, scrutiny," Speier told The Associated Press in an email last month.

Opponents, though, say such transcript notations would be unfair. They point out that these sexual misconduct findings are made by the schools, not the courts, and that in many cases, prosecutors have opted not to press charges due to a lack of evidence. Furthermore, schools have a lower bar for determining culpability than the justice system's standard of beyond a reasonable doubt. Title IX, the federal law prohibiting gender-based discrimination in education, including sexual harassment and sexual violence, requires schools to find an accused student responsible if there's a better than 50-50 chance a sexual assault occurred.

"It is an uneven playing field from the start," said Justin Dillon, a Washington-based lawyer who has defended dozens of students accused of sexual misconduct. "Regardless of what colleges want to say, the burden is always on the accused student to prove his innocence, not the other way around."

The Title IX requirements can expose schools to lawsuits. That's the case at the University of Kansas, which is being sued by two former members of the women's rowing team who accuse the school of mishandling their claims against a football player.

Daisy Tackett reported that the player raped her and Sarah McClure said he touched her breasts without permission in a separate incident. The AP generally doesn't publicly identify alleged victims of sexual violence, but both women have said they want their names used.

The player was never charged and denied any wrongdoing. The university's office of Institutional Opportunity and Access, though, concluded that he had "non-consensual sex" with Tackett and violated the school's sexual harassment policy with McClure.

In their Title IX lawsuits, Tackett and McClure say the school showed "deliberate indifference" by allowing the player to withdraw instead of expelling him. Tackett's alleges that the university was more interested in avoiding being sued by her attacker than in giving her "access to legitimate redress."

Furthermore, the women say that although the university agreed to place a notation for "nonacademic misconduct" on the player's transcript, it was inadequate because he was able to resume his athletic career at a different school.

When that new school learned that the Kansas misconduct was sexual in nature, he was cut from that school's football team.

In its written response to Tackett's lawsuit, the University of Kansas denied that it misled her. It also acknowledged the awkward position of having to handle such cases.

"The university system is a place of higher education, not a court of law, and as such has much more limited remedies," the school wrote.

Brett Sokolow, executive director of the Association of Title IX Administrators, estimates there are about 10,000 reported sexual assaults at the nation's roughly 4,000 colleges each year, of which roughly 500 to 600 cases result in expulsion.

"It's a balance of campus safety and recognizing individual rights and privacy," Reilly said. "Where's the balance there? That's one issue where people fall strongly on both sides."

One of Tackett's lawyers, Dan Curry, said students deemed to have committed sexual misconduct should have to face long-term consequences, but that unfortunately, those who handle Title IX complaints don't always make the right decisions.

"There is due process built into the system if they do it right," Curry said. "The question is, are the people hired at these universities competent to do it. If you have incompetence there, that's a problem."

Dillon, who has defended many accused students, had one who sued George Mason University in Virginia following his December 2014 expulsion after a former girlfriend accused him of sexually assaulting her. A three-person Sexual Misconduct Board initially exonerated him, but the woman appealed and an administrator who appointed himself to hear the case ordered him expelled.

A federal judge in March ordered the student reinstated, citing testimony from the administrator that he had made up his mind to expel the student before even hearing his side of the story.

The case led the school to hire a full-time sexual misconduct investigator and revise its appeals process. The student has returned to the university and hasn't faced any repercussions, Dillon said.

This story has been altered to correct the spelling of Sarah McClure's first name, which was misspelled Sara.