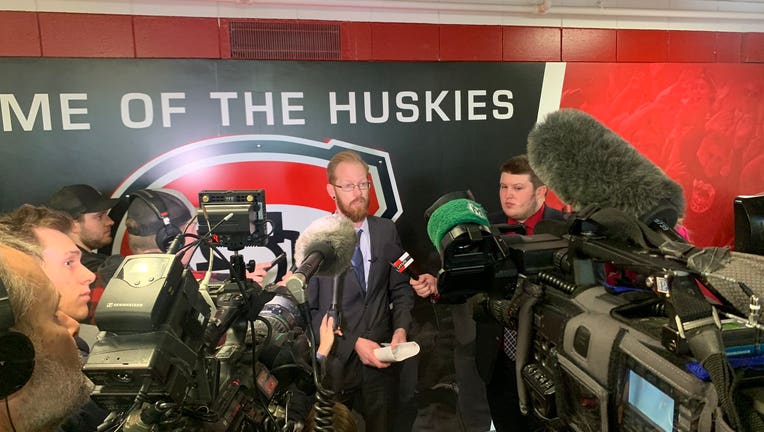 In a release Tuesday afternoon, the University also announced it will add men's soccer as part of the changes to its intercollegiate athletics program.

St. Cloud State University will no longer field a football team as part of an athletic department shift due to a budget deficit.

The changes will go into effect by the beginning of the 2020 academic year and will impact an estimated 115 students, seven coaches and two graduate assistants.

According to the University, the Huskies face a growing athletics deficit of more than $1.6 million over the past four years. The new structure will allow St. Cloud to reduce expenses. The University said its current structure "inhibits the University's ability to address the Aug. 1 Federal District Court Title IX ruling," as well.

In a release, the University said adding men's soccer will allow it to comply with NCAA sport sponsorship legislation and capitalize on the growth and popularity of the sport that requires a smaller staff, fewer scholarships and lower operational costs.

St. Cloud State President Robbyn Wacker said the "difficult decision" was made due to a "convergence of circumstances."

“This will have a profound impact on our committed student-athletes, our dedicated coaches, and the passionate alumni and supporters who have followed our programs throughout their proud histories," Wacker said. "Our student-athletes and coaches approach every day with incredible devotion and desire to be their best and represent St. Cloud State in the classroom, on the field, and in our community. We are grateful for their commitment and will assist them as they move forward.”

“As someone who believes in the athletics experience and its positive impact on student-athletes and has watched and valued our players and alumni throughout my tenure at St. Cloud State, this decision weighs heavily on me,” said Heather Weems, Director of Athletics. “I believe this decision provides the best pathway for Huskies Athletics and a future that sustains a healthy and competitive overall athletics program.”

In the context of the challenging fiscal environment that higher education faces today as well as federal and NCAA requirements that athletic programs are required to meet, many colleges and universities are being forced to make very difficult decisions in order to preserve their financial and programmatic sustainability. Although I understand that this action will be disappointing to many in the St. Cloud State community, I endorse this decision, as it strategically positions the University to secure its future and be more effective in promoting student success, and the vitality of the communities and the region it serves.

The University of Minnesota Crookston also announced on Tuesday it will be discontinuing its football program, citing funding issues. This season marked its last as a varsity sport. The university will still honor scholarships for those who wish to continue their academics at Crookstron.

"Discontinuing the football program was not an option we wanted to pursue, but as we worked through the process, it became evident that it was the right decision for the long-term health of our athletics department," said Stephanie Helgeson, director of athletics, in a press release. "This will move Golden Eagle Athletics into its strongest possible future, one in which we can better support all of our athletics programs and provide an outstanding collegiate experience to each of our student-athletes."