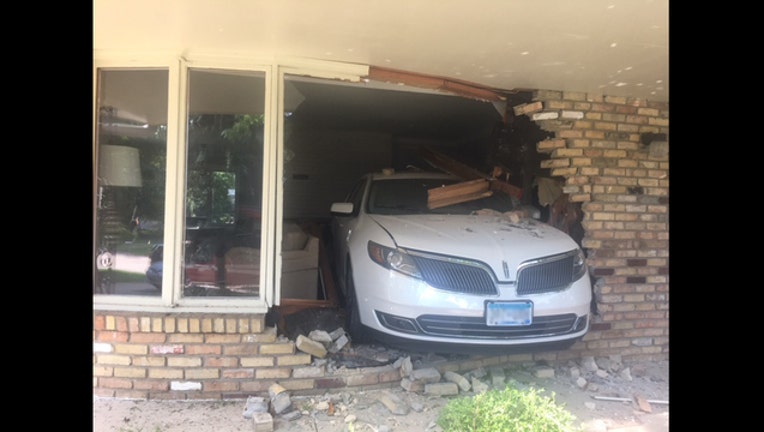 EDINA, Minn. (KMSP) - A car ended up in the living room of an Edina home after an elderly driver drove into the house, according to an Edina police spokeswoman.

Around 3:35 p.m., the driver backed into the home on the 4400 block of Gilford Drive, smashing through the homeowner’s living room and leaving a hole in the residence.

People were inside the house at the time, but no one was injured.

A neighbor called in the incident to police.