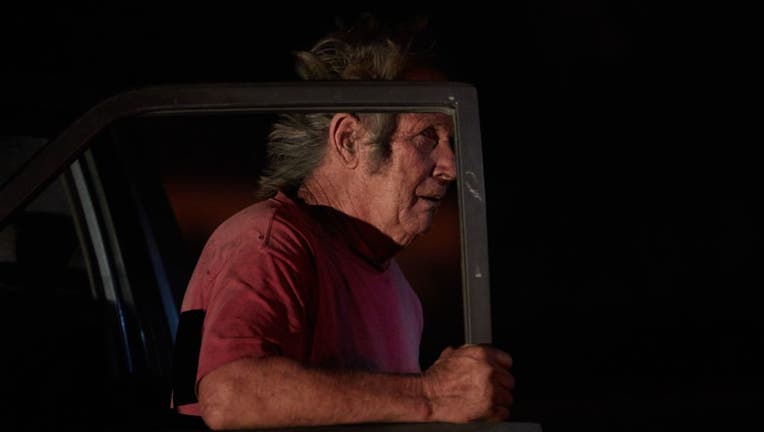 Homeowner Tom Smith watches the fire near his home on Platina Road in Igo, on September 27, 2020 as the Zogg Fire went from 400 acres to 7000 acres in a matter of hours, prompting mandatory evacuations in the region. (Photo by Allison Dinner / AFP) (

REDDING, Calif. - More than 1,200 people were evacuated in Shasta County for the Zogg Fire, where three people have been pronounced dead.

Shasta County Sheriff Eric Magrini on Monday gave no details but urged people who receive evacuation orders: “Do not wait.”

As of Tuesday morning, Cal Fire reported the Zogg Fire had burned 40,317 acres and was 0% contained. It had also destroyed nearly 150 structures.

The Zogg Fire is one of nearly 30 wildfires burning in California. It is located in a forested far northern part of California.

Because of that, Gov. Gavin Newsom declared a state of emergency for Napa and Sonoma counties, where the Glass Fire is raging, as well as Shasta County.

The governor also activated the state operations center to its highest level and signed an executive order to help fund recovery efforts in communities impacted by the fires.

Newsom also sent a letter to the president, requesting a  major disaster declaration to assist state and local wildfire response and recovery efforts.

Since the beginning of the year, Cal Fire said there have been over 8,100 wildfires that have burned well over 3.8 million acres in California.