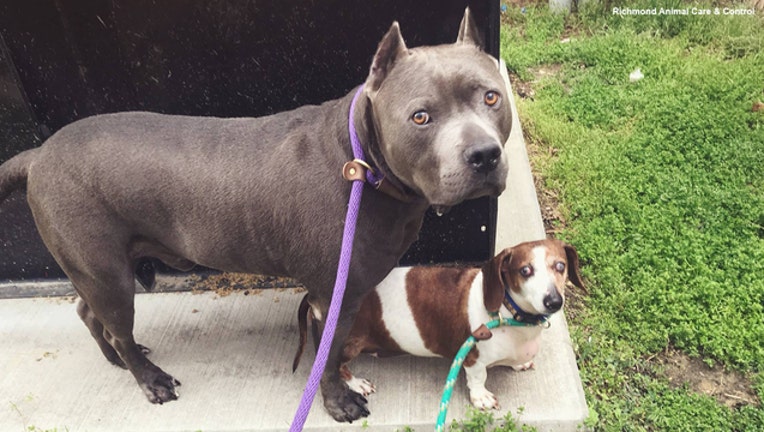 RICHMOND, Va. - (AP) — A blind dachshund has been reunited with the pit bull that serves as his guide after they were briefly split during a messy adoption.

Six-year-old Blue Dozer, the pit bull, and 12-year-old dachshund OJ were surrendered April 20 at a Richmond, Virginia, shelter after their owner became homeless.

The shelter posted on Facebook that the pair needed to be adopted together because OJ needs Blue Dozer to guide him.

The Washington Post reports they were adopted together last week but OJ was found wandering alone more than 100 miles away days later.

The woman who adopted them said the shelter could keep OJ, but she wanted Blue Dozer. She eventually returned Blue Dozer, and the two reunited Wednesday.

The shelter says the next owner must promise to keep them together.

To learn how you can help the Richmond Animal Care and Control, click here.