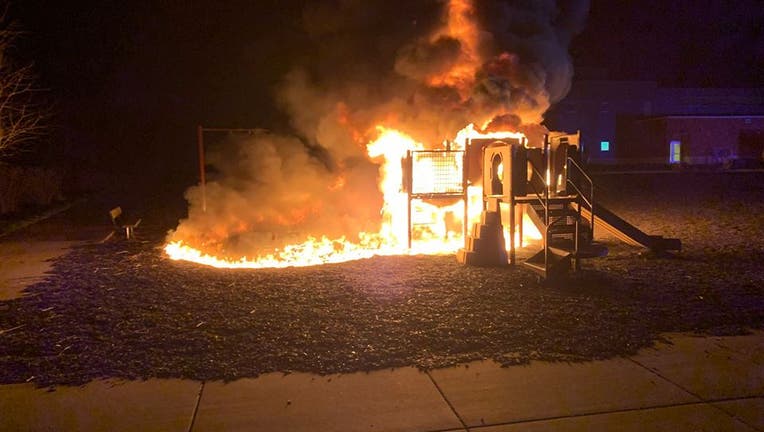 A fire broke out on the playground at Watertown-Mayer Elementary School late Sunday night.

Firefighters put out the fire in about 30 minutes. The fire destroyed a section of the playground equipment and a piece of the rubber matting in the area.

According to the Watertown-Mayer School District, the fire caused an estimated $15,000 - $20,000 worth of damage. District officials say investigators are looking over surveillance video.

The case remains under investigation by the Carver County Sheriff's Office and State Fire Marshal.

Anyone with any information about the fire is asked to contact the Carver County Sheriff's Office at (952) 361-1231.