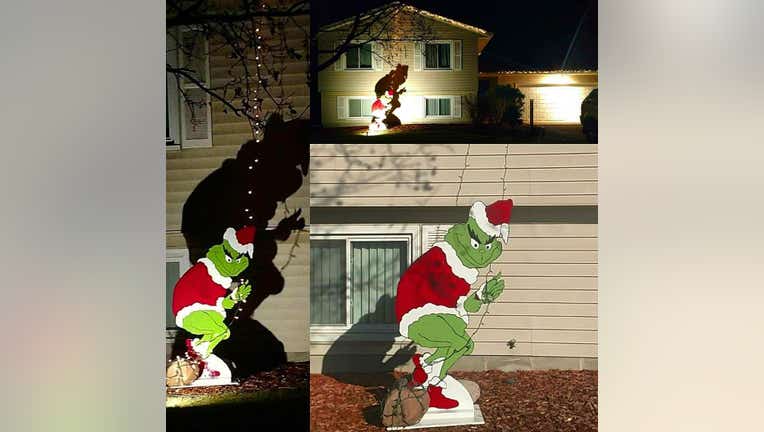 This Grinch decoration was taken from this Apple Valley front yard.

APPLE VALLEY, Minn. (FOX 9) - An Apple Valley Grinch got Grinched as a nearly 6-foot-tall Grinch Christmas decoration was stolen from a man’s yard in Apple Valley.

The owner, Josh Strohman, made the Grinch decoration himself and it was quite the display in the Apple Valley neighborhood. People would stop by to take pictures of it, but now it’s gone.

Strohman filed a police report and he’s hoping that whoever took off with the Grinch may have some remorse and come forward.

Strohman says, every year, he places the Grinch in a different spot on his front yard for all to see. He put it out on Thanksgiving night and by Sunday morning, he noticed it was gone. He assumes someone put it in a vehicle and took off because it’s very heavy. 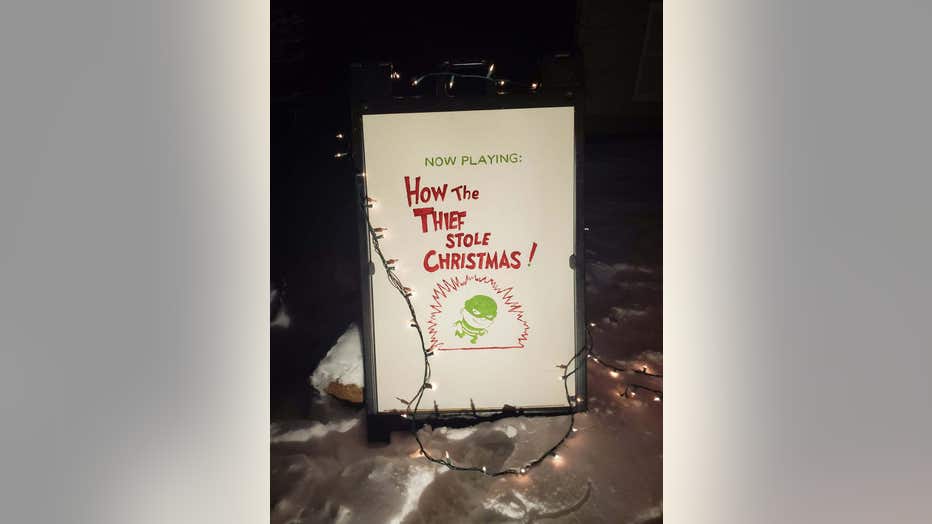 This poster chastising the thief replaced the stolen Grinch decoration.

Either way, he wants it back.

“It’s sad that it’s the world that we live in today that you can’t even have holiday decorations out to celebrate,” Strohman said.

Since his Facebook post has been shared thousands of times and people have reached out trying to help him find his Grinch, Strohman says right now he’s not ready to replace the decoration, but he has made a sign that says how the thief stole Christmas and placed it in his front yard. He’s trying to bring some humor to the situation.

Apple Valley Police are investigating the theft. There is no word yet on who the real-life Grinch is targeting Apple Valley neighborhoods.