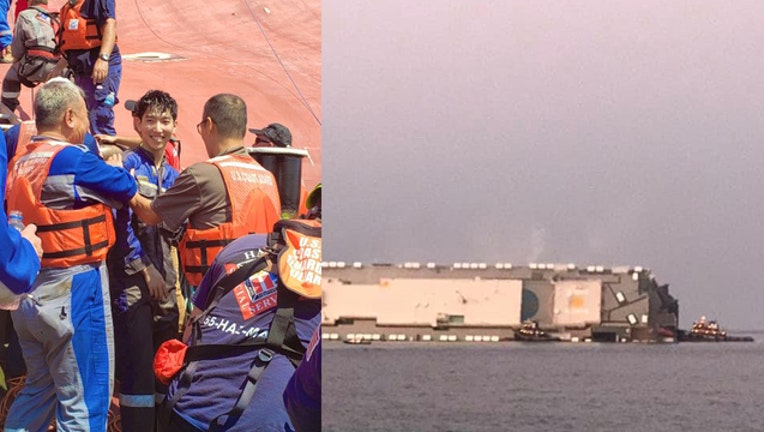 ST. SIMONS ISLAND, Ga. - The fourth and last crew member trapped inside a capsized cargo ship off the coast of Georgia has been rescued. 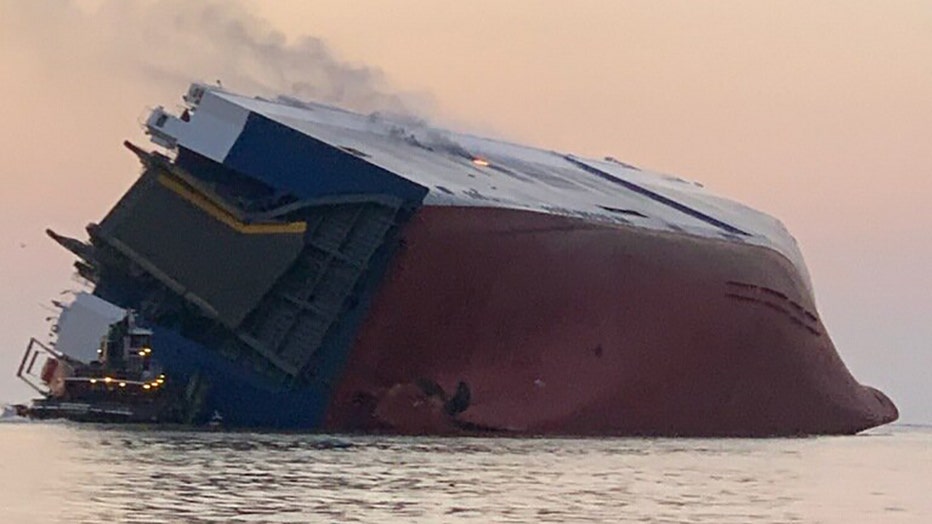 Rescuers used a helicopter to land on the side of the Golden Ray and rappelled down the hull. They drilled a hole to communicate and found the crew members were "on board and OK," said Lt. Lloyd Heflin, who's coordinating the rescue.

Finding a way to free the men without putting them in more danger was the next step. Rescue efforts broke off Sunday after responders determined a fire aboard the ship made it too dangerous to go inside. They were also concerned about the stability of the ship, which was carrying 4,000 automobiles, some of which may have broken loose.

South Korea's Foreign Ministry said the four crew members were in the engine room of their overturned cargo ship while awaiting help.

"This is a slow, but safe process," the Coast Guard said on Twitter.

South Korea's Foreign Ministry says 10 South Koreans, 13 Filipinos were on board, along with a U.S. harbor pilot, when the Golden Ray began tilting over in the shipping channel. The Hyundai Glovis company uses Georgia's Port of Brunswick to ship Kia and Hyundai vehicles along with other cars.

The Coast Guard said it was notified of the capsized vessel by a 911 call at about 2 a.m. Sunday. 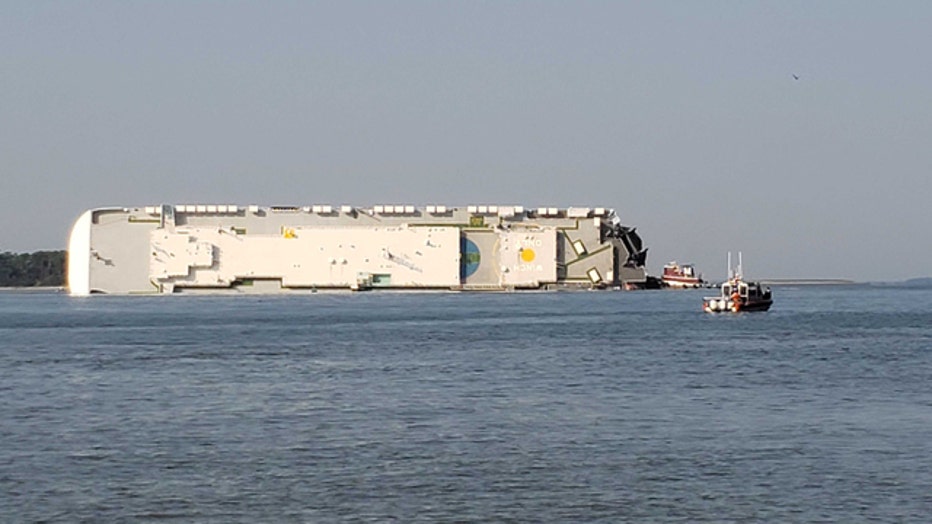 The cause remains under investigation. officials said it isn't clear if weather conditions caused the ship to lurch. Hurricane Dorian was already well beyond the Georgia coast, where it blew past last week before being downgraded to a post-tropical cyclone.

The Coast Guard said the overturned ship hasn't released any pollutants so far, but mitigation responses are ready in case they're needed.

The Golden Ray is flagged out of the Marshall Islands and was headed to Baltimore, according to the website vesselfinder.com. The ship's registered owner is Hyundai Glovis, a South Korean company.

The Port of Brunswick, one of the busiest U.S. seaports for shipping automobiles, is currently closed to vessel traffic, with an established emergency safety zone in St. Simons Sound. Vessels are not authorized within a half mile of the Golden Ray. Nearly 614,000 vehicles and heavy machinery units moved across its docks in the 2019 fiscal year that ended June 30, according to the Georgia Ports Authority.