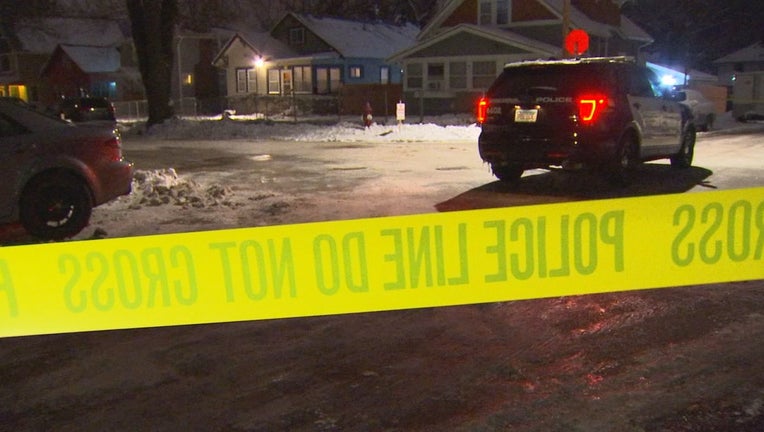 Police respond to a homicide on Thanksgiving night in the Jordan neighborhood.

MINNEAPOLIS (FOX 9) - A Minneapolis man has been charged with murder after police say he shot his child’s mother on Thanksgiving.

Police responded to 2653 James Avenue North in the Jordan neighborhood of Minneapolis for a domestic violence call. There, they found Watkins at the door where he was taken into custody.

Police found Gant lying on the ground between the kitchen and dining room. She died later Thursday night at North Memorial Medical Center.

Police say a 2-year-old girl was found in the dining room and asked where her mother was.

Gant’s father told police his daughter called him after 10 p.m. and said Watkins wouldn’t let him leave the home. He and other witnesses told police Gant was trying to get away from Watkins, who had allegedly previously beaten her.

The criminal complaint says witnesses described their relationship as “tumultuous.”

The father said Watkins had taken clothes belonging to Gant and the daughter and refused to return them to her, but Thursday, Watkins told Gant she could meet him at the house to return the clothes, according to the complaint.

An autopsy revealed Gant was shot in the left back.

The Hennepin County Attorney’s Office says it will seek an enhanced sentence in this case due to the presence of the child.