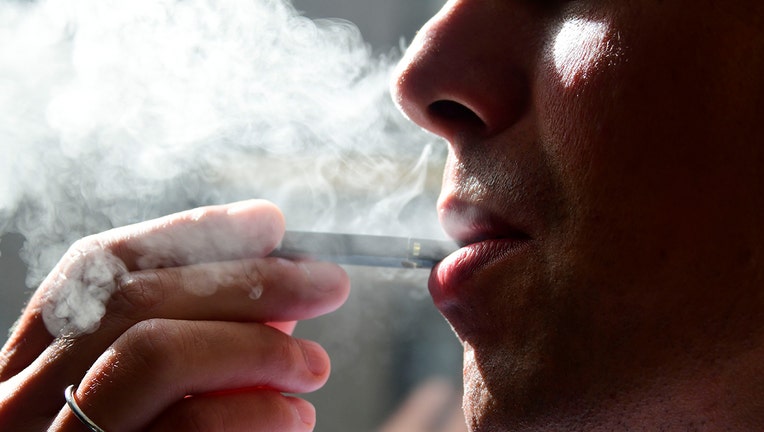 An illustration shows a man exhaling smoke from an electronic cigarette. A vaping-related death in Oregon is the second to occur nationwide, and the first linked to a product purchased from a pot shop. (Photo by EVA HAMBACH/AFP/Getty Images)

MINNEAPOLIS (FOX 9) - There are now 25 confirmed or probable cases in Minnesota of severe lung injuries connected to vaping, according to the Minnesota Department of Health.

Wednesday, President Donald Trump announced his administration is looking into banning most flavored e-cigs, which could have a massive impact on the multibillion dollar industry. The push comes in light of the lung injury cases nationwide, many which have impacted teens.