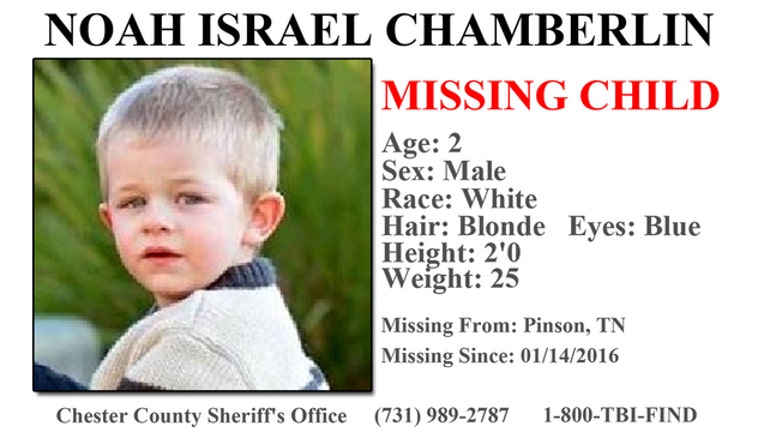 JACKSON, Tenn. (FOX 13) - The search for a 2-year-old boy who wandered away from his grandmother January 14 ramped up Tuesday evening as cold temperatures and snow threatened west Tennessee.

Noah Chamberlin went missing during an afternoon walk in a wooded area in Madison County, Tenn., which is between Memphis and Nashville.

He was with his grandmother and 4-year-old sister.

A spokesperson for the Madison County Sheriff's Office told FOX13 Memphis, blood hounds had been given multiple items with Noah's scent, but came up with nothing.

Multiple neighbors, as well as family members, also told FOX13 they were questioned by law enforcement. The family was reported to have been cooperative.

The neighboring county of Chester put a hold on civilian volunteers in a Facebook post Tuesday, saying due to inclement weather, only law enforcement would be allowed with search crews.

Law enforcement from multiple state and local agencies, as well as volunteers from across the mid-South, had been searching around the clock since he was reported missing.

Anyone with information was asked to call the Chester County Sheriff’s Office at 731-989-2787 or Tennessee Bureau of Investigation at 1-800-TBI-FIND.