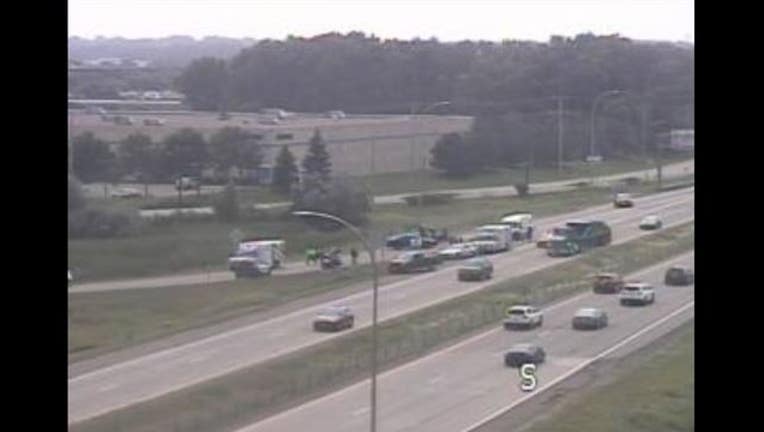 According to authorities, the crash occurred around 12:30 p.m. Saturday on Highway 169 north near Brooklyn Boulevard/77th Avenue.

The rider of the red Honda has been identified as a 34-year-old Coon Rapids man.

The rider of the blue Yamaha has been identified as a 28-year-old Coon Rapids man. Both men were wearing helmets, and it is unknown if alcohol was a factor in the crash.

Hours later in northern Minnesota, two other people suffered life-threatening injuries in a motorcycle crash. According to state patrol, a Brooklyn Park couple was traveling west on Highway 48 near Flemming Logging Road in Pine County when they struck a deer. Alcohol was not a factor in the crash. Neither person was wearing a helmet.

On Friday, another motorcyclist died in a crash on Interstate 694 in Brooklyn Center after he hit the back of a car and lost control.