FRISCO, Texas - The drama is over between the Dallas Cowboys and their star quarterback.

The team announced Monday evening it had "agreed to terms on a new contract" with QB Dak Prescott.

Details of the deal were not immediately released by the team, but ESPN and NFL Network reported it’s a four-year deal worth $160 million. ESPN said $126 million of that is guaranteed, a new league record. 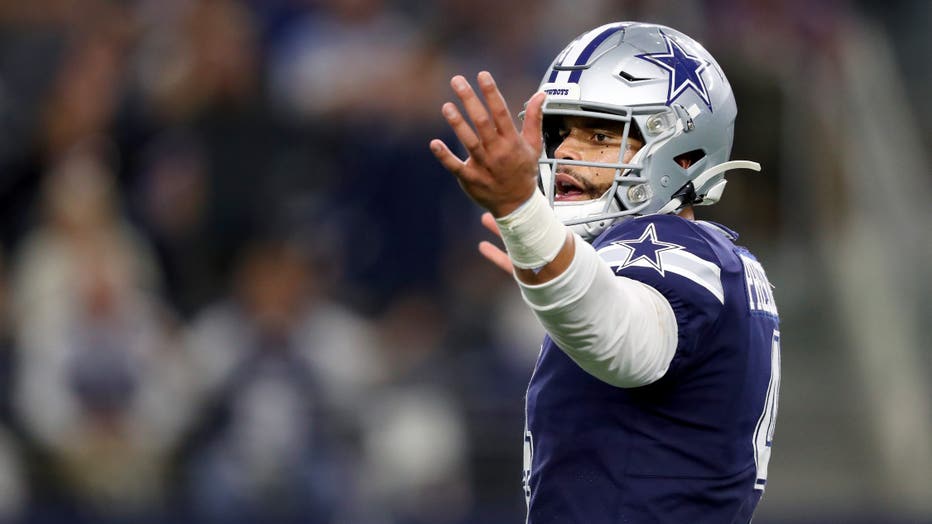 Dak Prescott #4 of the Dallas Cowboys reacts after throwing an incomplete pass against the Minnesota Vikings in the fourth quarter at AT&T Stadium on November 10, 2019 in Arlington, Texas. (Photo by Tom Pennington/Getty Images)

The Cowboys plan to hold a press conference on Wednesday to further discuss the new contract.

The team was working against a 3 p.m. Tuesday deadline to get a deal done, otherwise the Cowboys would have placed the franchise tag on Prescott for a second consecutive year.

Prescott missed most of the 2020 season after he was suffered a compound fracture of his right ankle in a Week 5 game against the New York Giants.

"When your little brother gets the call," he captioned the photo, adding that it was time to go win a Super Bowl.

Prescott was drafted by Dallas in the fourth round of the 2016 NFL Draft.

David Moore: Applying the franchise tag on Dak a 2nd time is the nuclear option