CHICAGO - The Chicago Bears and their fans are getting ready for a showdown with the Minnesota Vikings on Monday Night Football at Soldier Field, but a COVID outbreak is hitting the league.

Defensive coordinator Sean Desai has been cleared of COVID-19 protocols and will return for the game, according to reports.

Chicago has been one of the teams hit hardest by the virus. The Bears now have two coordinators and 14 players on the list, including the entire starting secondary. 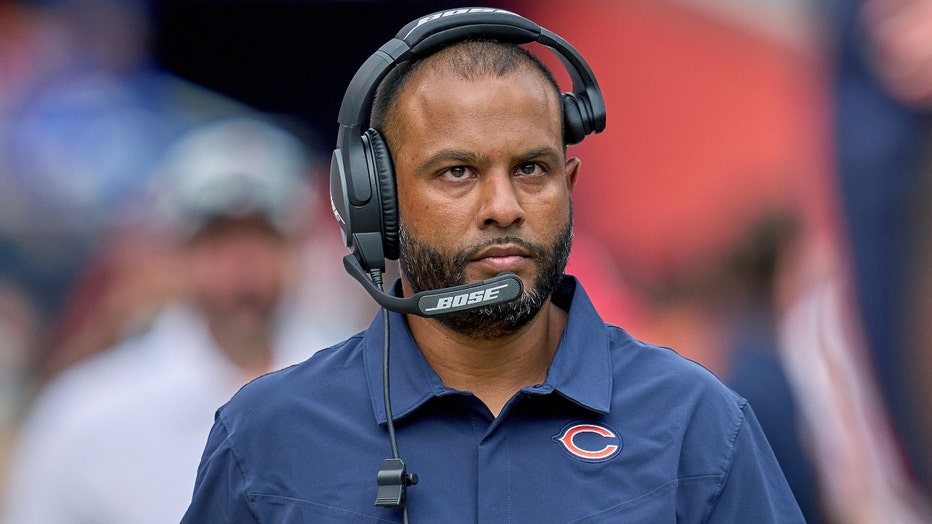 Chicago Bears defensive coordinator Sean Desai looks on during a preseason game between the Chicago Bears and the Buffalo Bills on August 21, 2021 at Soldier Field in Chicago, IL. (Robin Alam/Icon Sportswire via Getty Images)

The NFL moved three games to Monday and Tuesday due to the outbreak.

The Cleveland Browns and Las Vegas Raiders will kickoff at 4 p.m. Monday before the Bears and Vikings at 7:15 p.m. The Browns were starting third-string quarterback Nick Mullens with Baker Mayfield and his backup, Case Keenum, both out while in coronavirus protocols.

Only one Cleveland starter, safety John Johnson III, was activated from the protocols before the game Monday.

Two games scheduled for Sunday -- Washington at Philadelphia Eagles and Seattle Seahawks at Los Angeles Rams -- were moved to Tuesday night. Washington and the Rams had the major COVID-19 outbreaks that forced those games to be moved.

Washington at Philadelphia will be carried on FOX 32 Chicago.