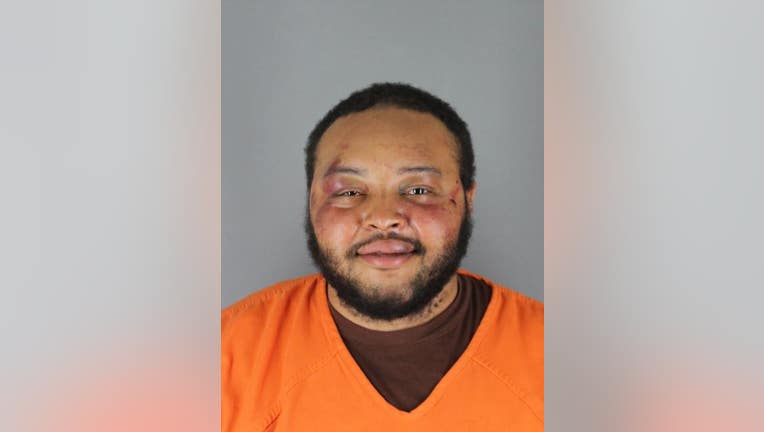 Jaleel Stallings has been charged with two counts of attempted murder after he allegedly shot at officers amid ongoing protests over the weekend.

MINNEAPOLIS (FOX 9) - A 27-year-old St. Paul man has been charged with two counts of attempted murder after he allegedly shot at police during protests in Minneapolis Saturday night, according to the Hennepin County Attorney's Office.

He is set to make his first appearance on June 3. Prosecutors are asking for bail to be set at $500,000.

According to the criminal complaint, around 10:55 p.m. Saturday SWAT officers were patrolling near 15th Avenue South and Lake Street. The officers were in an unmarked white van with two marked vehicles following behind.

As the officers drove toward 14th Avenue South, they came upon a group of people. Some people left when they saw the law enforcement vehicles, but one man, later identified as Stallings, came out from behind a truck and started to approach the officers and crouched by the driver's side door as if to pick up something.

The complaint states the officers became concerned Stallings was going to throw a rock or other object at them, as others had done amid the protests. The officers shot a 40mm marking round at Stallings. In response, Stallings shot three to four times back at the officers. According to the complaint, one bullet ricocheted in front of the officers.

After the shots went off, the officers got out of the van and to follow Stallings. Believing Stallings was armed, one officer kicked Stallings when he reached and continued to use force until Stallings was under arrest. Police found an "AK-47 style Mini Draco style pistol" near the truck where Stallings was arrested.

No one was injured by the shooting. The incident was captured on body-worn cameras.

Two others who were with Stallings at the time were also arrested. Their cases have been deferred pending further investigation.