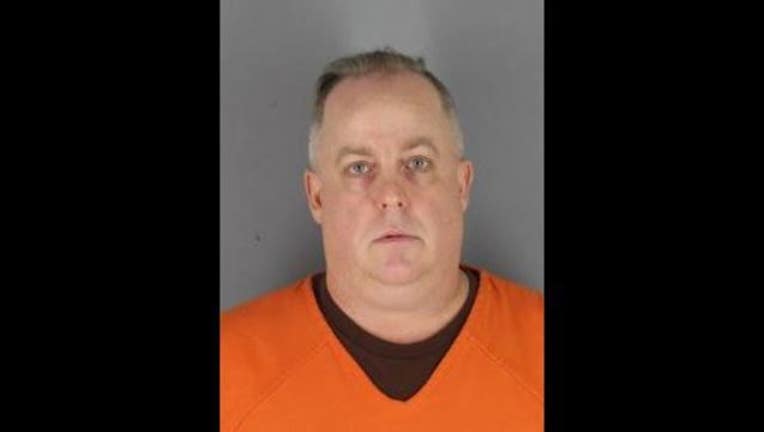 Lloyd Edward Johnson, 55, of Eden Prairie, Minnesota is charged with a felony for making terroristic threats and a gross misdeamnor for carrying a pistol without a permit. (Photo credit: Hennepin County Jail)

MINNEAPOLIS (FOX 9) - A man who pulled out a gun on a group of teenagers at a McDonald's in Eden Prairie last year was sentenced to serve 45 days in a Hennepin County workhouse, according to the Hennepin County Attorney's Office.

Lloyd Johnson, 55, will also need to complete 24 days of community service in Washington, where he now lives. As part of his sentence, he can no longer keep his guns and he must pay a $500 fine. He will need to undergo a mental health evaluation. If he completes all the terms, the felony charge will be reduced to a misdemeanor.

Johnson pleaded guilty in March to a count of threats of violence. During that court appearance, Johnson admitted to pulling out his semi-automatic handgun on the teens. According to the charges, he had been standing in line behind two 17-year-old girls who were trying to use an app to pay for their food. Johnson began to complain they were taking too long and made a comment that they were "probably trying to pay with EBT." The teens confronted him about his comment and then went to get friends in the dining room to help them. When they returned, Johnson pulled out the gun.

At the sentencing Friday, a victim's advocate read a statement written by one of the teens at the McDonald's.

“As a 17-year-old, my concerns should be school or getting the latest electronics, instead of almost losing my life at McDonald’s while getting food,” read the statement. “I felt I was treated less than a human being because of the color of my skin and my hijab.”

In response, Johnson apologized and said his actions weren't based on racism.

“I am just so sorry for putting these young people through this,” he told the court, according to a press release. “I was hungry, impatient and I acted out wrongly. I am so sorry…after hearing the impact statements, I can imagine the nightmares.”